The Royal Thai Navy claims it urgently needs more submarines to compete with other Asian countries. The assistant commander made the claim aimed at persuading a skeptical public that the nation should invest in its military in a white paper sent to reporters, the Bangkok Post reported. The  nine-page document detailing what it says are the reasons why the country needs to spend  Bt24 trillion on buying three submarines from China. It could take up to eight years for Thailand to acquire a new submarine.

Thailand plans to buy three Chinese-made submarines for the Royal Thai Navy at a cost of 355 million dollars each. Three Chinese-made submarines worth 355 million dollars each may be purchased by Thailand for its Royal Navy, the newspaper Bangkok Post reported today (Friday), citing a source in the country's procurement committee. The majority of the 17-strong committee voted to buy three Chinese submarines, saying it was the “best value for money”. The rest were split between submarines from Germany and South Korea. The navy also received offers from Russia, Sweden and France. 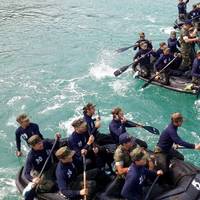 Is Thailand about to realize its long-deferred dream of acquiring submarines? Thailand’s Military backed Government may look to procure two or three submarines as part of an increased 2016 defense budget, finally giving the country a capability it has lacked for more than sixty years, The Bangkok Post reported Friday. According to a source from Thailand’s defense ministry, the Royal Thai Navy (RTN) is expected to propose the procurement of two to three submarines in the 2016 budget, with the country’s Defense Minister Retired Gen Prawit Wongsuwon already backing the plan in principle pending cost considerations. The navy has been considering submarines from various sources, but the South Korean Chang Bogo Class submarine is reportedly the least expensive at around $330 million each. 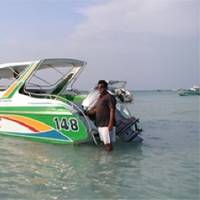 18 South Korean tourists were injured, two critically, when two speedboats ferrying them to Pattaya's Koh Larn collided. The crash took place about 800 metres offshore from Koh Larn's Tawaen beach and 10 injured tourists were sent to Bangkok Pattaya Hospital and 8 to Pattaya Memorial Hospital reports the 'Bangkok Post'. The two most seriously injured were identified as 51-year-old Myung Be Kim, whose legs were nearly severed, and 63-year-old Gihwa Song, whose leg was torn off.

Police in Prachuap Khiri Khan arrest 4 crew of a fishing boat modified to carry 100,000 ltrs of untaxed diesel oil. The men confessed that the oil was provided by the vessel's owner, who ordered them to sell it while at sea, which they had been doing in that area of the Gulf of Thailand for about two months, reports the Bangkok Post. A team led by Nimit Saengampai, director of the Investigation and Suppression Bureau of the Customs Department, tracked down the vessel and arrested the captain, Panat Chaengsawang, and three crewmen near Koh Rad. The Customs Department has captured nine vessels and seized 467,650 litres of untaxed oil, worth around 12 million baht, over the past 10 months. Source: Bangkok Post

During President Obama's recent visit Thai Prime Minister, Yingluck Shinawatra sought agreement with US for LNG supply over next 20-years. By 2020, the US should be able to produce gas and crude of about 11.1 million barrels a day, while Saudi Arabia's capacity is projected at 10.2 million barrels a day. If the US can maintain that capacity throughout 2035 as planned, it would be the world's largest exporter of crude, reports the Bangkok Post. At a seminar entitled "Thailand's Economic Outlook" in Bangkok , Virabongsa Ramangkura, chairman of Thailand's Strategic Committee for Reconstruction and Future Development pointed out that though Thailand has not entered into an FTA with the US…

Thailand at forefront of movement to build a 21st century network of land, sea and air routes to strengthen Asia. The Silk Road was a centuries-old network of linked trade routes across the Afro-Eurasian landmass that connected East, South and Western Asia with the Mediterranean and European world, as well as parts of North and East Africa. Thailand has been in the forefront of efforts to create new and better trade routes, proposing a concept paper on enhanced regional connectivity through the Asia Cooperation Dialogue (ACD) meetings held recently in Kuwait, reports the 'Bangkok Post'. In its proposal to the ACD meeting, the Thai government stressed that increased connectivity among member countries would not only bring them closer together physically…

Fire on an LPG tanker anchored off the Phuket deep-sea port off Muang District Sunday caused about US$647,000 damage before it was put out. The fire broke out in the radio room on the second deck of the ship which has two LPG tanks, each capable of holding 10 million litres of the gas, about 5,000 litres of bulk oil and 200 litres of diesel oil, according to the 'Bangkok Post'. Fire-fighting launches from Tambon Wichit Municipality and the Phuket deep-sea port were rushed to the scene and were able to put out the fire in about two hours. No injuries were reported.

Around 40 were dead and 160 missing when the overcrowded Indian ferry sank The Bangkok Post newspaper reports that around 40 people were dead and 160 missing after an overcrowded passenger ferry with 350 people aboard split into two and sank in a river in northeast India in a storm.   "There were about 350 people on board when a storm split the steamer into two and so far we have recovered about 40 bodies and an estimated 150 people were either rescued or swam to safety,'' Assam police chief J.N. Choudhury said. Divers and rescue workers with rubber rafts scoured the Brahmaputra River early Tuesday in the search for survivors amid the floating debris, which was all that remained of the ferry.

Thailand’s Shipbuilding Plan to be Discussed

Thailand’s shipping agencies and the private sector plan to meet by the middle of next month to work out an action plan to develop and promote shipbuilding in Thailand. The Bangkok Post reported that the Industry Ministry had drawn up an action plan, but proposals needed to be substantiated. The National Economic and Social Development Board (NESDB) proposes that the Board of Investment (BoI) promote shipbuilding in Thailand, namely ships between 5,000 tons and 100,000 tons, and grants the industry special status, so it can enjoy the greatest promotional privileges. These include tax breaks of up to eight years and exemption from import duty on machinery.

US Delivers Destroyers to Taiwan

The United States, to boost Taiwan's defences against China, has delivered to Taiwan two of the four Kidd-class destroyers Taipei has ordered, Taiwan television reported on Sunday. The hand-over ceremony took place at Charleston, South Carolina, on Saturday, it said. The two ships will sail to Taiwan via the Panama Canal and with a stop at Guam. They are expected to arrive in Taiwan in mid-December, the TV channel ETTV reported. The Kidd-class destroyers are part of a 610-billion-Taiwan-dollar (18.2-billion-U.S.-dollar) arms-sale package approved by U.S. President George W. Bush in 2001. The sale also includes six sets of PAC-3 anti-missile systems, eight diesel submarines and 12 P-3C anti-submarine airplanes.