KfW IPEX-Bank, leading a consortium consisting of six international banks, is structuring the financing of two cruise ships for Genting Hong Kong Ltd. and its brand Dream Cruises.The Global Class I and II ships are currently being built in the three shipyards of MV Werften located on the Baltic Coast in the German federal state of Mecklenburg-Western Pomerania.The financing package comprises around EUR 2.6 billion with a total investment volume of just under EUR 3.1 billion.The…

Can the Cruise Shipping Boom Continue? 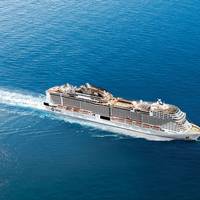 As the global cruise industry enjoys it most robust period of growth ever, the question invariably becomes: How long can it last?Cruising, which is a blend of the hospitality and maritime businesses, continues to grow at a historic pace. The Cruise Trends & Industry Outlook publication from Cruise Lines International Association (CLIA) projects a passenger count of 30 million in 2019 – up nearly 2 million from the previous year. By year end 2019 CLIA members – a veritable ‘who’s who’ of the largest brands – will have 272 vessels… 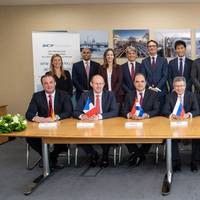 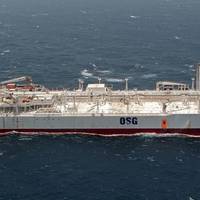 US-based tanker shipping company International Seaways (INSW) has completed the acquisition of six 300,000 dwt very large crude carriers (VLCCs) from Euronav NV. The tanker company providing energy transportation services for crude oil, petroleum products and liquefied natural gas announced in a press release that it has completed its previously announced acquisition of six 300,000 DWT VLCCs for a purchase price of $434 million, inclusive of assumed debt, from Euronav. The six vessels have an average age of two years and include five 2016-built VLCCs and one 2015-built VLCC…

Watson Farley & Williams (“WFW”) has advised ING Bank (“ING”), as agent, security trustee and the syndicate of lenders on the US$252m financing of the world’s first ever LNG-powered aframax tankers for leading Russian shipowner Sovcomflot Group (“SCF”). The six 114,000dwt, ice-class vessels are being built by Hyundai Samho, with two of the vessels to operate under time charter to Shell for up to ten years. Shell will also provide LNG fuel for all six tankers across north-west Europe and the Baltic.

PAO Sovcomflot (SCF Group) informed that it has signed a new $252 million 7-year credit facility with a consortium of six leading international banks, which includes: ABN AMRO Bank; BNP Paribas; Citibank; ING Bank; KfW IPEX-Bank, and Société Générale. The funds will be used towards financing a series of six Aframax tankers, the first-ever such vessels purpose-designed to be powered by LNG, currently under construction and due for delivery from Q3 2018 to Q2 2019. These innovative…

SCF Group completed a series of financing transactions in the total amount of USD 1.26 billion. The deals include USD 750 million of unsecured public debt and USD 512 million of bank loans raised for purposes of funding the fleet renewal and expansion programme and for the refinancing of maturing debt. The latest in this series were new long-term credit facilities for a total amount of USD 252 million signed in August 2016, with a number of international banks including: Citibank; DVB Bank; ING Bank; Nordea Bank and Unicredit Bank.

International law firm Watson Farley & Williams LLP (“WFW”) advised long-standing client Teekay on the successful completion of financing initiatives for Teekay Corporation and Teekay Offshore Partners LLP (“TOO”). This included assisting TOO on US$400m of secured bank financing and the raising of US$200m in fresh equity capital along with the deferment of certain bond maturity dates, whilst parent company Teekay Corp completed US$350m of bank financing and raised a further US$100m in equity capital.

Singapore Technologies Engineering Ltd (ST Engineering) today announced the appointment of Mr Lim Sim Seng as an independent non-executive Director of the Company with effect from 15 May 2015. Mr Lim, 56, is currently the Country Head, DBS Singapore and Chairman of DBS Vickers Securities Holdings Pte Ltd.  He was a senior banker for 26 years with Citibank before joining DBS in 2010 as Country Head, DBS Singapore. With Citigroup/Citibank, Mr Lim served Citigroup in various senior appointments in Kuala Lumpur, Tokyo, New York, Saudi Arabia, Singapore and Hong Kong. He was a Japanese Government Monbusho scholar and graduated with a Bachelor’s in Business Administration from Yokohama National University, Japan.

Gazprom held the 10th annual Investor Day for the first time in the Asia-Pacific Region – in Hong Kong (February 3) and Singapore (February 5). Taking part in the events were Andrey Kruglov and Alexander Medvedev, Deputy Chairmen of the Gazprom Management Committee; Dmitry Lyugai and Vsevolod Cherepanov, Members of the Gazprom Management Committee as well as heads of the Company’s specialized structural units and subsidiaries. The events were met with great interest by the investment community.

The executive committee of Euronav NV announced that it has signed a new $340 million senior secured credit facility led by ING Bank NV acting as sole Bookrunner and together with Citibank NA, Danish Ship Finance A/S, DnB Bank ASA and KBC Bank NV acting as Mandated Lead Arrangers whilst Belfius Bank NV, BNP Paribas Fortis NV, Deutsche bank AG and ITF International Transport Finance Suisse AG are acting as Lead Arrangers. ING is also the facility agent. The credit facility comprises of (i) a $192 million term loan facility and (ii) up to $148 million non-amortising revolving credit facility. The facility will be available as from today for the purpose of (i) refinancing four Suezmax vessels: the Cap Felix (2008 – 158…

GasLog Partners LP and GasLog Ltd. announced today that they have entered into an agreement for the Partnership to purchase from GasLog, the sole member of the Partnership’s general partner and the Partnership’s majority unitholder, 100% of the shares in the entities that own and charter the  Methane Jane Elizabeth  and  Methane Rita Andrea, modern liquefied natural gas carriers built in 2006, each with a capacity of 145,000 cubic meters, for an aggregate purchase price of $328 million.

The first condensate cargo for export is due to load in Texas at the end of this week, headed via the Panama Canal to Asia, shipping sources said. Westport Petroleum Inc., the Franklin, Tennessee-based shipping arm of Japanese trader Mitsui & Co., chartered the BW Zambesi, an LR1 tanker, also known as a Panamax class vessel. Reuters previously reported that Mitsui had bought a 400,000-barrel cargo, and is said to be being marketed to refiners in Asia. According to a Reuters shipping database, the BW Zambesi has capacity of more than 76,000 deadweight tons (DWT). Shipping sources said the BW Zambesi will likely carry less than its maximum capacity, due to draft restrictions in the Panama Canal. The $1.8 million one-way trans-Pacific trip is expected to take a month or more, sources said.

Pacific Drilling S.A. sign a $1 billion senior secured credit facility agreement to finance construction of the Pacific Sharav & Pacific Meltem. The term loan made pursuant to the credit facility will have a maturity of 5 years from the delivery date of the Pacific Meltem. A portion of the funding will be provided before delivery of the vessels, with all drawdowns from the facility subject to satisfaction of customary conditions precedent. The transaction was led and structured by Citibank and DNB, and supported by the Norwegian export credit agencies Garanti-Instituttet for Eksportkreditt (GIEK) and Eksportkreditt Norge AS. Also acting as Mandated Lead Arrangers were ABN AMRO, ING, SEB and Standard Chartered Bank.

OSX 2 Leasing B.V., a subsidiary of the OSX Brasil S.A., entered into a facility agreement with a syndicate of international banks lead by ING, Itaú-BBA and Santander, related to the granting of a loan in the amount of US$ 850 million, pursuant to the contractual terms, for investment in the construction and installation of the FPSO OSX-2. The facility was initially underwritten by the three lead banks and thereafter syndicated globally. In addition to the lead banks, the financial institutions participating in the syndicate are: HSBC, Citibank, ABN Amro Bank, Banco do Brasil and NIBC. The general conditions of the loan are: average interest of Libor rates + 4.41 % p.a.… 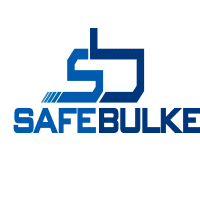 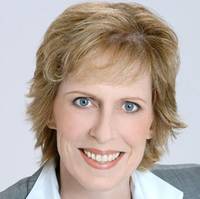 Pamela C. Conover, who has taken leadership roles at three major cruise lines, has been voted Personality of the Year 2009 by the Women’s International Shipping & Trading Association. The decision was announced at the 2009 conference of WISTA, taking place at IMO headquarters in London from September 16-18. Pam Conover is president and chief executive of Seabourn Cruise Line, a luxury cruise subsidiary of the Carnival group. The special WISTA accolade recognises an outstanding personal contribution to the maritime industry.

Marine-Finance.Com announced that Joe Pitch has signed on as Managing Director for Marine-Finance.Com LLC. Pitch joins former CitiCapital Commercial Marine Finance colleague Robert Girard, SVP, who, along with CEO Richard Paine, constituted the core of the CitiBank- affiliated marine group. Pitch is a 30-year veteran of the equipment leasing/finance industry he has financed more than $1b in equipment. Based in Dallas, Texas, Pitch is a graduate of Seton Hall University with a Bachelor of Business Administration with a concentration in Finance. He is a past member of the American Waterway Operators (AWO), the Offshore Marine Services Association (OMSA) and an affiliate member of the Passenger Vessel Association (PVA).

John "Jock" Newbold died Saturday, April 12, in New York. He was among the most well-known and highly respected figures in shipping and financial circles. Jock was most recently a Non-Executive Director of Castalia Partners Limited and also a member of the Advisory Board of Castalia Straits L.P. Newbold retired from Citigroup in 1997 after a 36-year career, the last 21 of which were spent with Citibank’s business with the shipping industry. From 1985 to 1997, Newbold was Division Executive in charge of the Global Shipping Division with offices in New York, London, Piraeus, Tokyo and Hong Kong. Earlier in his career, he held positions as Head of the Corporate Bank in Japan…

Moschou Elected to Odfjell Board

At an Extraordinary General Meeting held Nov. 6, Mrs. Marianna Moschou, 54, was elected to Odfjell's board of directors. Odfjell's board consists of B. D. Odfjell jr. (Chairman), Terje Storeng, Peter G. Livanos, Reidar Lien and Marianna Moschou. The company intends to elect another director at the Annual General Meeting to be held in the spring 2004. Until late 2001 Mrs. Moschou served as the Deputy Head of Citibank's Global Shipping Division with responsibility for Citibank's shipping business in Greece, Southern Europe and Middle East. She joined Citibank in 1967.