A year after the epic collapse of his industrial empire, Brazilian tycoon Eike Batista's financial and legal troubles appear far from over. Once worth more than $30 billion and listed as the world's eighth-richest man by Forbes Magazine, Batista says his debts now exceed his assets by $1 billion and the value of his remaining stakes in the oil, shipbuilding, mining and transportation companies he founded continues to shrink. Batista also faces criminal and regulatory investigations into suspected insider trading and fraud. On Monday, a judge ordered Batista, who has repeatedly denied any wrongdoing, to testify on Nov. 18, the first step in a legal saga that experts say could drag on for months, if not years.

Brazil's MMX said late Wednesday it approved the lease and possible sale of its Corumba, high-grade iron ore unit, part of efforts to raise cash and restructure the troubled mining company controlled by Brazilian tycoon Eike Batista. The Rio de Janeiro-based company, formally known as MMX Mineracao e Metalicos SA, did not name the person or company that has agreed to lease the mining rights of its MMX Corumba unit in Brazil's Mato Grosso do Sul state near the Bolivian border. The plan was approved by the MMX board, the company said in a securities filing. MMX shares rose 0.55 percent in late-morning trading in Sao Paulo Thursday, putting the stock on track for its biggest one-day gain in nearly two weeks.

Brazils federal police have opened an investigation into former billionaire Eike Batista for financial crimes, including insider trading, manipulation of markets and money laundering, Brazilian media reported on Friday. If the police probe leads to criminal charges against Batista, it would be yet another major blow for a businessman once hailed as Brazil's model entrepreneur and symbol of its economic success. Batistas EBX oil, mining and logistics empire, which two years ago was valued at $60 billion, collapsed last year in a mountain of debt and massive filings for bankruptcy protection. A week ago, Brazil's securities commission…

After spending a day exploring the sprawling Açu Superport and Industrial Complex construction site far up the northeast coast of the state of Rio de Janeiro courtesy of LLX and OSX, Claudio Paschoa, Maritime Reporter’s Contributing Editor in Brazil, flew back to Rio for a conversation with Marcus Berto, LLX’s new CEO at the EBX Group headquarters in downtown Rio de Janeiro. “This is a not simply a port belonging to LLX. This is a port for Brazil,” he said. LLX is the logistics branch of the EBX Group…

Danilo Souza Baptista, OSX’s Director of Naval Construction, sat with MR Contributing Editor Claudio Paschoa at EBX Group’s new HQ in downtown Rio de Janeiro, in a meeting room overlooking Guanabara Bay with Sugar Loaf Mountain as a backdrop, to discuss its ambitious yet realistic vision to create one of the largest, most efficient shipyards in the Americas, as well as its Integrated Service Solution to the meet offshore O&G needs. OSX is a relatively new company, founded by the EBX Group in 2009.

EBITDA of R$36,5 million in 1H12 and R$2,7 billion financing are highlights for the second quarter of 2012. OSX, an EBX Group Company which provides solutions for the offshore oil industry by means of integrated operations in shipbuilding, leasing of exploration and production (E&P) units, and operation and maintenance (O&M), reports first semester 2012 profit for the period is R$ 5,4 million. Currently OSX Shipbuilding is managing an order book of 21 units destined for the production of oil and gas in Brazil: 5 FPSOs and 4WHPs for client OGX, 1 PLSV for client Sapura and 11 medium-range tankers for client Kingfish. During the quarter, OSX maintained its client base expansion and diversification strategy.

Mr. Danilo Baptista, who currently occupies the position of Executive Manager at OSX´s Açu Shipbuilding Unit (UCN Açu), has been nominated the new Shipyard Operations Officer replacing Mr. Eduardo Costa Vaz Musa. Mr. Baptista is one of the Company’s 52 engineers that have an average of 26 years of experience in naval construction. Mr. Baptista has a degree in Mechanical Engineering from the Federal University of Rio de Janeiro and has a specialization degree in Equipment and Maintenance Engineering and Managerial development by the University of São Paulo. Mr. Baptista began his career in 1978 as an Equipment Engineer at Petrobras where he worked for 33 years in the engineering and international areas of the company. 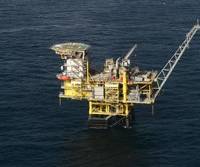 OSX, an EBX Group Company of integrated solutions for offshore units and services, received an order from its anchor client OGX Petróleo e Gás for construction and charter of two new Wellhead Platforms, WHP-3 and WHP-4, pursuant to the Strategic Cooperation Agreement entered into by the companies. The two new units will be built by OSX Construção Naval S/A in the Açu Shipbuilding Unit, which is currently being implemented in the northern region of the State of Rio de Janeiro, and are destined to meet OGX’s oil and gas production program.

OSX, a company which provides equipment and services for the offshore oil and gas industry, part of EBX Group, consolidated third quarter 2011 results with important achievements, including the start of the construction of the Açu Shipbuilding Unit (UCN Açu); arrival of FPSO OSX-1 in Rio de Janeiro; agreement for the construction of the FPSO OSX-3; a financing agreement for the construction of FPSO OSX-2 ($850 Million); and Disclosure of its 2011-2015 Execution Plan. OSX finished the fourth quarter with a R$7 million net profit and the full year of 2011. The consolidated cash position of the Company and its subsidiaries on December 31st, 2011 was of R$1.0 billion (R$ 2.2 billion on December 31st, 2010).

On January 31th 2012, at 18h39m50s, the FPSO OSX-1 successfully initiated the production of first oil for its anchor client OGX, the Brazilian EBX Group oil and gas company responsible for the largest private-sector exploratory campaign in Brazil. The FPSO OSX-1 is in charge of carrying out the Extended Well Test on the Waimea accumulation, in the Campos Basin, through well OGX-26HP, located 80km off the coast, at a water depth of 130 meters. The FPSO OSX-1 is the first floating, production, storage and offloading unit to integrate the OSX fleet. OSX-1 was built in Korea and customized in Singapore, at Keppel’s shipyard. It is 271,75 meters long, and has the capacity to store up to 900 thousand barrels of oil.

OSX: On the Pole Position

The business of building ships has largely been tumultuous since the economic collapse of 2008 and lingering global malaise. - Your shipyard has a $4.8B orderbook and plans for its first delivery (an FPSO) in 3Q2011 … BEFORE the shipyard is complete. Meet OSX Brasil S.A., an EBX Group company, designed to supply the industry's demand for integrated service solutions to the Oil & Gas market, which is rapidly expanding in Brazil. In January of this year Maritime Reporter presented a one-on-one with Roberto Monteiro, CFO of OSX Shipbuilding, Chartering and Offshore Services, in the wake of OSX Brasil S.A raising $1.4B in its IPO. This month, Maritime Reporter checks in with Mr.

The disconnectable buoy that comprises the mooring system of the FPSO OSX-1 (floating production, storage and offloading unit for oil and gas) belonging to OSX, an EBX Group company, has already departed Batam in Indonesia and will arrive in Rio de Janeiro in September. It will be used for producing the first oil by OGX at Waimea in the Campos Basin. This is a large scale piece of equipment, with a height of approximately 17m, a diameter of 14m and weighing over 700 tons. The buoy will be responsible for interconnecting the OSX-1 to well OGX-26 via flexible piping and umbilicals. Production estimates for this well is for up to 20,000 barrels of oil per day already in 2011.

OSX, an EBX Group company focused on offshore naval industry, signed a partnership with SENAI (National Service for Industrial Apprenticeship) from Rio de Janeiro to train 3,100 people for its Shipbuilding Unit (UCN Açu), to be built in the Açu Superport Industrial Complex, in the northern part of Rio de Janeiro state. The goal is to train skilled manpower that may work at the Shipbuilding Unit. The initiative, which has an investment of $13 million, will primarily benefit residents of Campos dos Goytacazes and São João da Barra, where the Superport is being installed. The agreement with SENAI, considered the leading institution for professional education in Brazil…

OSX, an EBX Group Company focused on offshore naval industry, received the Installation License for its Shipbuilding Unit, which will be installed at the Açu Superport Industrial Complex, in São João da Barra (RJ). The document was issued on June 22nd, 2011, approximately one year after the beginning of the environmental licensing process. OSX will commence construction of the largest shipyard of the Americas in the month of July, creating approximately 14,000 direct jobs; 10,000 of them during the shipyard´s operational phase and 4,000 during the implementation and construction phase. The Açu Shipbuilding Unit team will benefit from training and professional capacity building provided by the Naval Technology Institute (ITN).

Hamworthy signed a contract with FPSO Owner OSX 1 Leasing B.V., a subsidiary of OSX Brasil S.A., for delivery of its newest generation Vessel Internal Electrostatic Coalescer (VIEC) technology to the FPSO OSX-1. Upon completion of customization works currently in progress in , the FPSO OSX-1 will be delivered by OSX to its customer OGX Petróleo e Gás Ltda. under charter arrangements, for deployment in the basin, offshore . OSX and OGX are controlled by the EBX Group, owned by Brazilian entrepreneur Eike Batista. 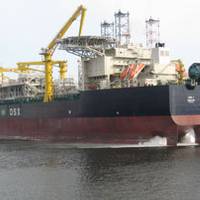 Keppel Shipyard Limited (Keppel Shipyard) has secured a contract for the modification of the Floating Production Storage and Offloading (FPSO) vessel OSX-1, worth approximately S$50 million. The FPSO OSX-1 is owned by OSX 1 Leasing B.V., a subsidiary of OSX Brasil S/A. Commencing in the third quarter of 2010, Keppel Shipyard’s scope of work includes procurement, detailed engineering and the modification of the topside process modules. Keppel Shipyard will work with BW Offshore, which will provide project management, engineering services and technical guidance services to OSX 1 Leasing B.V.

The rise and fall of the Brazilian shipbuilding market is well-known, having plummeted from the top of the world list in the early 1980s to the bottom by 1999. Today, Brazil is storming back, an amazing revival of the nearly defunct shipbuilding industry driven by the sudden influx of orders from major offshore oil & gas players, namely Petrobras. Today the shipbuilding market in Brazil has in excess of 100 firm orders for ships in a variety of shapes and sizes, in addition to a large number of drill rigs and production unit orders.