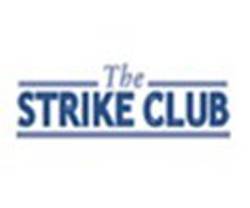 Managers of The Strike Club were able to give an upbeat report to the club’s directors when they met in Istanbul.

Ongoing increased demand for the club’s various insurance covers has resulted in strong growth and a very positive renewal in February for the 2012/13 year. Further, free reserves rose by $2.5m. during the latest financial year, and the club has maintained its S&P rating at BBB+ with a stable outlook. The mutual renewal was stamped by a 92% retention rate despite the extremely tough trading conditions faced by many members and the club’s prior warning that the 2010/11 policy year had experienced heavy claims.

A circular to members after the board meeting said: “It was particularly encouraging …. that a number of members made substantial increases in their entered tonnage, across all three mutual classes, thus covering both shore-related and ship-related risks.” The club’s traditional mutual insurance covers a wide variety of marine trade delays which can hit owners and charterers.

In November 2011, members approved rule changes for 2012/13 to widen the scope of the mutual cover still further so as to offer optional cover for additional war, civil war and piracy perils across all three classes. The aggregate total tonnage entered in the mutual classes during the 2011/12 year was 145m. dwt, a significant increase on the 135m. dwt the year before.

Meanwhile, there is strong demand both from owners and charterers for the club’s fixed-premium war risks insurance that offers cover to a limit of $200m., “partly because of the club’s excellent reputation for first-class service but also because the club offers a one-stop shop war risks insurance to combine traditional hull and machinery risks with tailored extensions as required; for example, loss of hire due to piracy even in the absence of a hull/machinery incident, or charterers’ loss of bunkers resulting from a hijacking etc.”

The club continues to provide loss of earnings cover, using standard market wordings, for periods up to 180 days. In addition, the club is now able to offer bespoke fixed-premium cover for other delay risks in excess of or outside the mutual rules, such as delays of up to 180 days, plus expenses, caused by discovery of drugs or contraband cargo on board. Overall, fixed-premium income is up by 24% to a total of $25m.

For Classes I and II, the 2010/11 year was marked by an unprecedented number of major natural disasters, combined with some of the worst labour disputes for many years, particularly in Europe. However, after an initial flood of claims, the situation continued to improve. Moreover, because the fixed-premium business has made a significant and positive contribution to the overall result, the directors have levied a closing call of 20%, instead of a much higher rate that was contemplated early in the year to reflect the heavy claims seen then.

Release calls of 30% have been applied to the 2011/12 year (developing in line with expectations) and to the 2012/13 year (which has started as expected). For Class III, a closing call of 20% applies to 2010/11, and a release call of 30% for the 2011/12 and 2012/13 years. Bill Milligan, chief executive of S.C. Management, said today: “Political and economic uncertainty continues to impact on shipowners, especially in their forward planning, while the industrial landscape is marred by strikes and many other delay incidents which can rarely be anticipated.

“At sea, navigation errors continue to plague shipping operations. Casualty statistics released recently by the marine insurance industry show that, after explosion and fire, grounding, collision and contact rank second as the cause of all claims. Such incidents can result in very expensive delays and downtime for owners and charterers. “But Strike Club members realise that financial protection is essential to cover or offset delays in the transport chain. Members have all the benefits of mutuality that the P&I system provides, and at a very modest cost.” The club is now in its 55th year of operation. Europe continues to represent the largest proportion of the club’s membership, at around 30%.