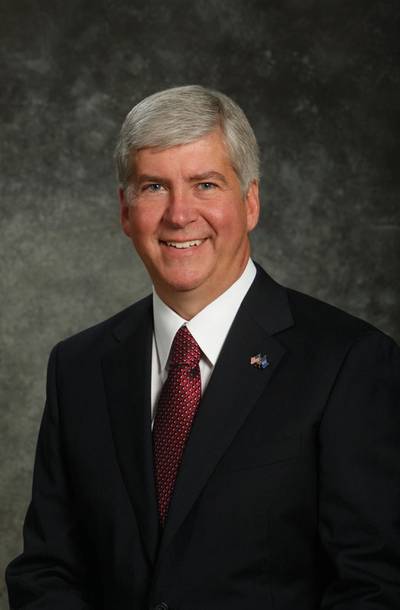 A second Poe-sized Lock is critical to the future of Michigan and the United States, declared Michigan Governor Rick Snyder in his State of the State address on January 19, and he pledged to work with Congress to build it, the Lake Carriers’ Association (LCA) reported.

Gov. Snyder noted that 4,000 commercial vessels transit the locks at Sault Ste. Marie, Mich. each year, but most of the tonnage goes through the Poe Lock because it can accommodate the largest and most efficient vessels. “The Poe Lock is absolutely critical to our future.”

“What would happen if that one lock went down?” the Governor continued. “It would devastate Michigan’s economy. To be blunt, it could devastate the national economy.”

A second Poe-sized lock was authorized by Congress first in 1986, and then again in 2007, but funds for the $590 million project have not been appropriated. “This is something we need to work with Congress on and getting done.”

The Soo Locks connect Lake Superior to the lower four Great Lakes and St. Lawrence Seaway. Iron ore for the steel industry is the primary cargo moving through the locks. Gov. Snyder stressed the country would “run out of steel” if the Poe Lock failed.

Other cargos moving through the Poe Lock include western coal and limestone.

Although authorized by Congress, construction of the lock has been stalled by a flawed benefit/cost (b/c) analysis. However, the U.S. Army Corps of Engineers has recently agreed to re-evaluate the project. Industry is calling on the Corps to fast track the analysis. A Department of Homeland Security report on the Poe Lock forecasts dire consequences should mechanical or structural issues close the lock for a lengthy period of time.