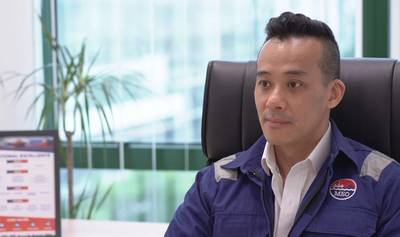 Ang, who took over as CEO from Diederik DeBoer, has been with the company for 22 years.

Prior to becoming CEO, Ang served as Deputy Chief Executive Officer. Before this, he served as Chief Marketing Officer of the company from November 2016 to March 2019, and Chief Operating Officer from September 2007.

In addition, Ang was employed as an Assistant Engineer at A.P. Moller, a Petroleum Surveyor at Det Norske Veritas, and a Marine Consultant at Bureau Veritas.

He also worked at SvitzerWijsmuller from 1999, holding various positions in the company, including Operations Manager, Deputy General Manager, and General Manager, until joining Express Offshore Transport (“EOT” a predecessor entity of MEO) in 2005.