From Mines to AIS Spoofing, Assessing the Risks to Shipping in the Black Sea 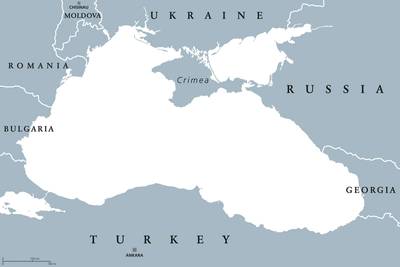 Commercial ships are being advised of the high risk operating in the Black Sea following Russia’s invasion of the Ukraine, with various reports of missile attacks on commercial ship, plus warning of the waters containing mines.

According to a press release from the NATO Shipping Center (NSC), there is a high risk of collateral damage on civilian shipping in the northwestern part of the Black Sea, citing several open source reports of civilian ships being hit directly or indirectly as a result of the acts of war in the north western Black Sea within Ukrainian territorial waters and adjacent international waters.

The situation is fluid and ever-changing, and ship traversing these waters are encouraged to remain vigilant on updates, reporting incidents to their national authorities.

"Grain pain" in the Black Sea

According to a report from EastGate Shipping, the Russian invasion of Ukraine and its ripple effects could dramatically affect grain cargo and bulk freight cargos in the region.

Exports from all ports in the Black Sea have come to a halt, and various international grain houses that had commercial activities in Ukraine have suspended their operations. According to EastGate Shipping, Russia and Ukraine are two of the world’s largest wheat accounting  for a combined 29% of global wheat exports), while Ukraine’s share in global corn exports stands at 17%. In the wake of the war outbreak, corn and wheat futures followed an upward trajectory reflecting concerns about significant disruptions in the global grain supply chain.

And while the Russia-Ukraine conflict is very likely to grind the global wheat supply, French wheat will probably be in more demand, according to Eastgate, as well as Australia which expects a bumper crop of 39m tons this year