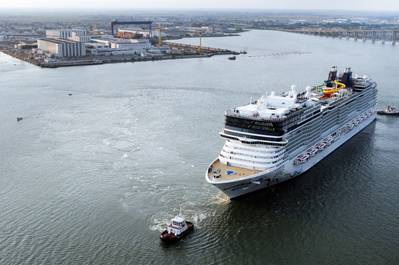 Paris and Rome should be able to resolve their differences over the sale of a disputed shipyard, Italy's industry minister said on Wednesday, but he hinted that French investors might yet be hurt because of the row.

The comments from Industry Minister Carlo Calenda could spell trouble in particular for French media group Vivendi , which has taken control of Italy's main telecom provider Telecom Italia (TIM).
France angered Rome last month by ordering the "temporary" nationalisation of STX France shipyards, cancelling a deal in which Italy's state-owned Fincantieri and another Italian investor had agreed to buy 54.6 percent of STX.
Italian and French ministers met on Tuesday to discuss the row and gave themselves until Sept. 27 to find a solution, with Rome adamant that it be given a controlling stake in STX.
"We believe that there are all the conditions necessary to reach an accord on STX," Calenda told parliament.
Some Italian politicians have said that in retaliation for the French move, Rome should nationalise TIM's telecom network, deeming it a strategic interest, just as Paris has ruled that STX France is a core national concern.
Calenda did not rule out such a move, but said it would have to be undertaken because it was viewed to be in the general good rather than an act of revenge.
He added that he was reviewing whether Vivendi had fulfilled its legal obligations and informed the prime minister's office after it had exercised de facto control over TIM.
TIGHTENING ITS GRIP
Since the phone company is considered a strategic national asset, Italian rules state that as part of a "golden power" clause the government must be notified of any change in control or ownership within 10 days of it taking place.
"Our country must raise its defences against unfair practices," Calenda said. "For this reason we will apply with intransigence existing norms on golden shares and will propose measures against hostile takeovers for listed companies."
Vivendi is TIM's top investor with a 24 percent stake and recently tightened its grip on the Italian group by appointing two thirds of the board and playing a key role in the departure of CEO Flavio Cattaneo last month.
On July 27, when TIM released its half-year results, it said in a statement that its board had "acknowledged the beginning of the direction and coordination activity over Telecom Italia."
A source close to the matter said Vivendi could risk a fine if it was established that it did not inform the government in a timely manner. Rome can veto the acquisition of stakes in TIM or changes in control over the company, but only when the buyer comes from outside the European Union.
Calenda said he did not want to sour relations with France, telling lawmakers that Italy enjoyed an 11.4-billion-euro trade surplus with its northern neighbour. He said French-controlled companies in Italy had a combined turnover of 96 billion euros and employed 250,000 people.
"To defend Italian interests in a concrete fashion means to defend these numbers and make them grow further," he said. "For people investing in Italy, we do not ask for your passport but your industrial plan."