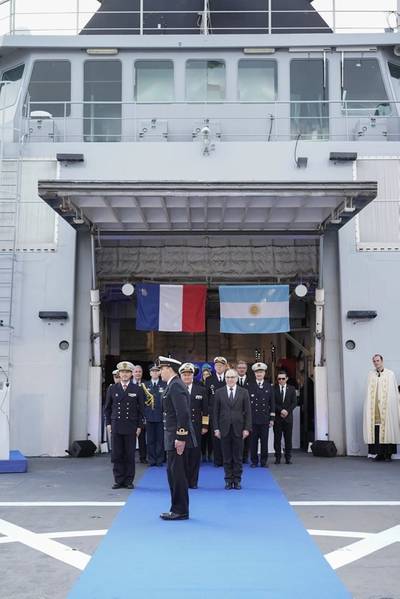 The Offshore Patrol Vessel (OPV) L’Adroit has adopted the Argentinian flag and becomes the A.R.A. BOUCHARD.

The first one of the four OPVs ordered by Argentina has been designed and developed by Naval Group on its own resources. Handed over to the Argentinian Navy two months ahead of schedule and after only ten months of upgrade and modernization works. The three others OPVs will be delivered from April 2021 at the pace of one unit every six months.

L’Adroit becomes the A.R.A BOUCHARD
Since mid-February, Naval Group’s teams have carried out a major technical shutdown in order to maximize the potential of the ship for the Argentinian Navy and to adapt it to their needs. Major operations have been carried out notably to modify the combat system in order to make it
compliant to the customer’s needs, to enhance the ship’s capacities by modifying the propulsion system, to increase its autonomy by reinforcing its freshwater production capacity and to equip the ship with a 30 mm gun.

The first ship delivery falls within the scope of the contract concluded with Argentina, which has chosen in February to equip its Navy with four Offshore Patrol Vessels OPV 87 including L’Adroit. Such ship was used by the French Navy (Marine nationale) from 2011 to 2018, demonstrating
the relevance and operational value of this new class of Offshore Patrol Vessels in theaters of operations.

The OPV 87, a multipurpose ship
Involved in several military missions but also fisheries policy and maritime security, especially the Atalante European anti-piracy operation, L’Adroit demonstrated its efficiency and the relevance of the innovations developed by Naval Group to serve navies, special forces and coast guards.

The Argentinian Offshore Patrol Vessels benefit from the innovations proposed by Naval Group and combat-proven with the French Navy, as follows:

This range of ships also benefits from Naval Group expertise in terms of information and commandment systems, allowing an extended surveillance of the maritime space and the automatic detection of suspect behaviors. The BOUCHARD is thus equipped with the Polaris
system, specifically developed by Naval Group for state missions at sea and sea-proven by the French Navy.

Technical characteristics
The Offshore Patrol Vessel is able to stay on the high seas during more than three weeks, to attain a speed of 20 knots and to accommodate a helicopter. Implemented by a reduced crew of forty members, it is also able to accommodate about twenty extra passengers. 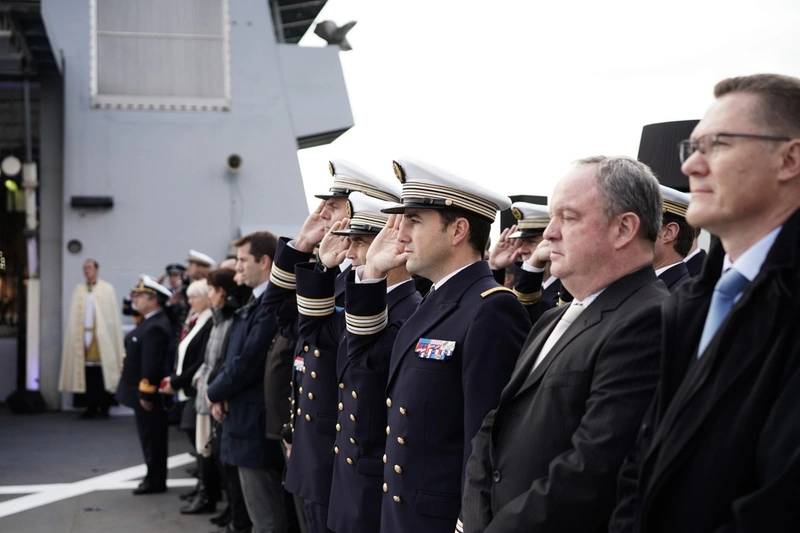