The U.S. Navy’s Task Force 59, based in Bahrain as part of the U.S. Naval Forces Central Command (NAVCENT) and U.S. Fifth Fleet, is advancing the operational employment and integration of unmanned systems and artificial intelligence in fleet operations.

According to Vice Adm. Brad Cooper, the fleet commander, unmanned systems and artificial intelligence are helping to accelerate innovation, especially in such a vast area of responsibility (AOR)

“It's 5,000 miles from the Suez Canal all the way around the Arabian Peninsula and up to the North Arabian Gulf — and perhaps too large an area to cover with manned vessels. Using emerging technologies, last year we seized on an opportunity to put more eyes out on the water by fielding unmanned systems. In September, we stood up Task Force 59 as an unmanned systems and artificial intelligence task force. Unmanned systems and artificial intelligence go together; this is an important point. There's not one without the other.”

Cooper said TF 59 has established operating hubs in Bahrain and Jordan, and is coming up on 15,000 hours of operating time for the unmanned surface vessels. “We are on a path to build the world’s first international unmanned surface vessel fleet.  We have two different types of platforms. One of them provides a persistent ISR capability, and the other has a high-speed sprint capability. In the case of the persistent ISR, we have several unmanned vessels underway in regional waters that have been out there for 140 days, which is incredible. The goal is to work with our partners and grow the USV capability by the summer of 2023 to a point where we have 100 USVs operating around the theater. Our partners see the opportunity here and they are very committed to moving forward.” 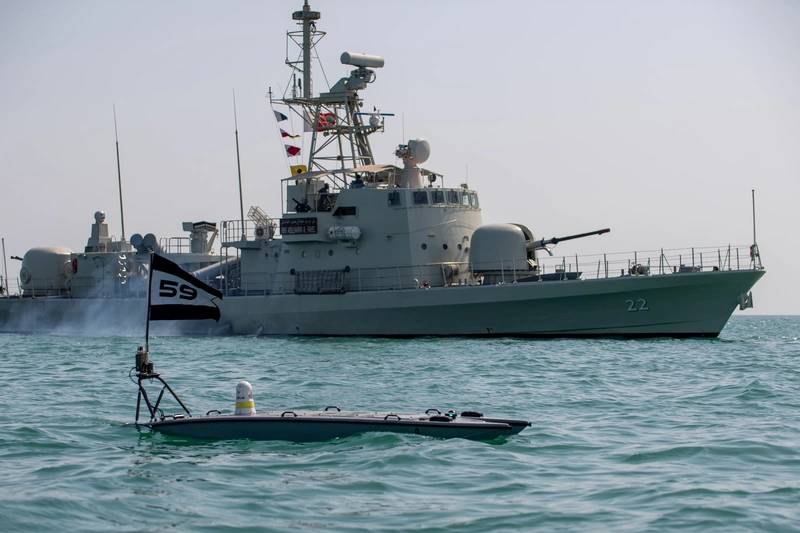 Capt. Michael Brasseur is the TF 59 commander.  “We are focused on the rapid delivery of unmanned systems and artificial intelligence into fleet operations, to enhance maritime domain awareness.”

The task force works closely with members of Navy’s research and development enterprise, industry, academia and other experts to provide operator feedback and help drive the innovation process forward.

CTF 59 works with the Office of Naval Research and the science and technology (S&T) enterprise, but Brasseur said his focus is in the here and now.  “We’re tracking what they’re doing,” Brasseur said.  “But, we're in a different space.  We’re working with high TRL (technology readiness level) systems.”

“We’re very much focused on the commercial dual-use side of unmanned and AI,” said Ens. Schuyler Moore, CTF 59’s director of strategic plans.

“We understand that there are very important research projects that have longer term delivery paths that are currently ongoing in the Navy and DOD. But what we're looking at is solutions that are available right now, that have already been matured in the commercial space.” 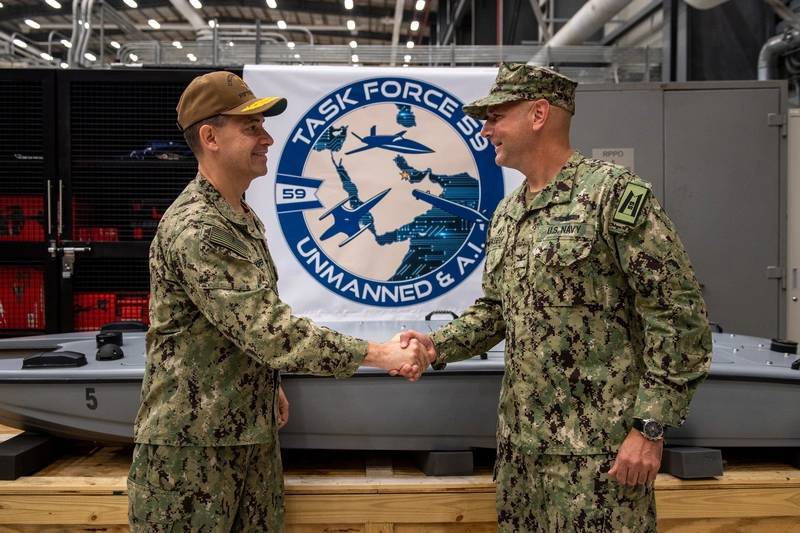 Partnerships
Cooper said the concept of CTF 59 was a two-page white paper a year ago.  “Now we’re fielding USVs from the Red Sea to the Arabian Gulf. We expect to continue expanding these efforts, with our partners leading the way.  They understand there is tremendous opportunity in putting more eyes out on the water through unmanned systems and artificial intelligence. They can put however many platforms they want out there, and with AI, they process and identify things they need to pay attention to. Our role is to provide an operational construct and scheme of maneuver. It’s up to them which platforms they choose.”

Brasseur said CTF 59 is working on the platforms, sensors, and the network to connect them.  “The final piece is the artificial intelligence that will help us sift through all of that sensor data  and help us to see what’s outside of the normal pattern of life. That will also help us to deploy our manned assets more precisely.”

“This is where the magic happens because we are the problem holders. We’re bringing together the solution providers with the problem holders, and we can quickly determine if the system or the AI can help us solve our problems.  We're based forward and in a challenging, hot, dusty, and salty environment,” Brasseur said.  “We have real world operators using the systems in actual situations continuously.  It’s a tough proving ground for any kit. 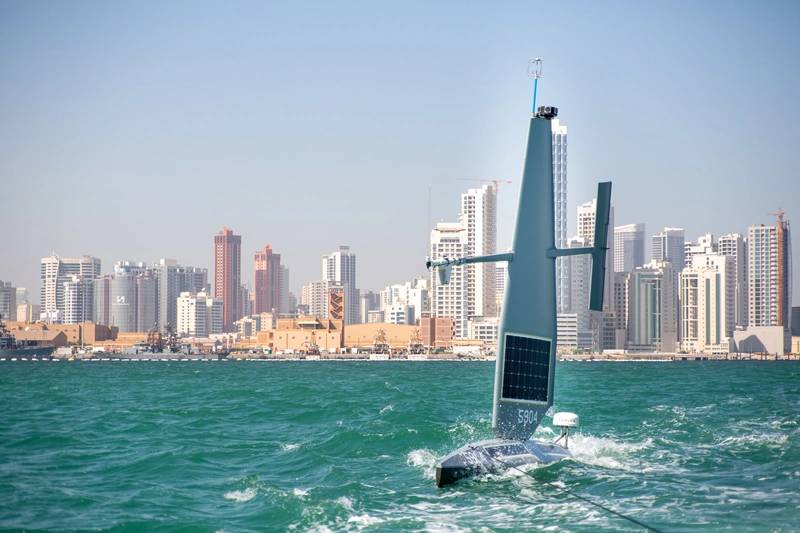 A Saildrone Explorer unmanned surface vessel (USV) is being towed out to sea in the Arabian Gulf off Bahrain’s coast, Jan. 27, 2022. (Photo:  Natianna Strachen / U.S. Army)