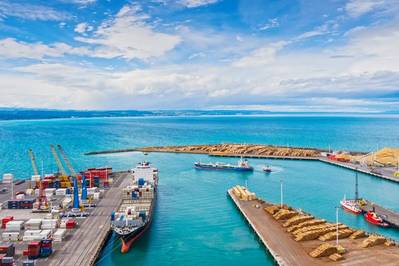 New Zealand's maritime regulatory, compliance and response agency said it is seeking feedback from the sector and other interested parties on three key pieces of work.

Dialogue has been opened on Part 53, which relates to pilot transfers, and Part 23, which considers amendments to requirements for lifeboat drills, Maritime NZ said. Consultation is also set to begin on New Zealand’s work toward acceding to the Cape Town Agreement (CTA), an IMO convention dealing with design, construction and equipment standards for large fishing vessels.

Maritime NZ is reviewing Rule 53.4(2)(a), which requires pilots boarding or leaving a ship to not use a pilot-ladder if it’s deemed non-compliant. An exemption was issued by Maritime NZ from the rule following concerns from some ports and some maritime pilots. The options are to revoke the rule and not remake the exemption, or to remake the exemption as an amendment to the rule. Maritime NZ said it prefers the option to revoke the rule, with some other amendments added to improve safety and consistency, and it is keen to get industry feedback on this.

The organization said it is looking at changing Part 23 to make it more consistent with international rules. Current rules allow for crew to be aboard when lifeboats are launched during drills. That has caused injuries and even deaths, so Maritime NZ would like to change that so crew are not required.

New Zealand is working toward acceding to the CTA later this year. When it enters into force, the CTA will be an internationally binding instrument that will include compulsory requirements for stability and associated seaworthiness, machinery and electrical installations, life-saving appliances, communication equipment and fire safety, as well as fishing vessel construction.

New Zealand’s fishing safety standards and its commercial fleet are already largely aligned with the CTA requirements, but “acceding to the CTA will contribute to maritime safety in our region through the exercise of port state control”, said Andrew Bell, manager of Maritime NZ’s International team.