Nord Stream 2 Gas Pipeline to Be Completed Next Week 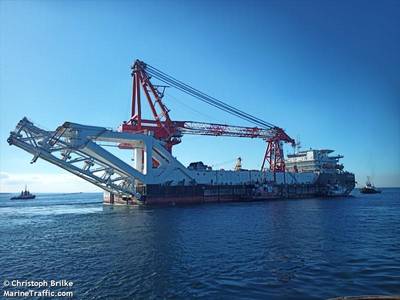 The Nord Stream 2 gas pipeline construction is 99% complete, the operating company said on Wednesday, after a media report the Russian-led project, which has come under criticism from the United States, is expected to be finished on Aug. 23.

Deutsche Welle news outlet reported, without providing sources, that the construction of the Nord Stream 2 pipeline is set to be completed on August 23.

Swiss-based Nord Stream 2 AG declined to give a possible completion date but said the Russian Fortuna pipe-laying vessel was working on the final part of the pipeline construction.

It referred Reuters to a Handelsblatt business daily interview last month with its chief executive officer Matthias Warnig who said the pipeline, which will bring Russian gas to Germany, should be finished in late August and enter service this year.

Russian President Vladimir Putin and German Chancellor Angela Merkel are due to meet in Moscow on Friday and most likely will discuss the pipeline, which Washington says will increase European reliance on Russian gas.