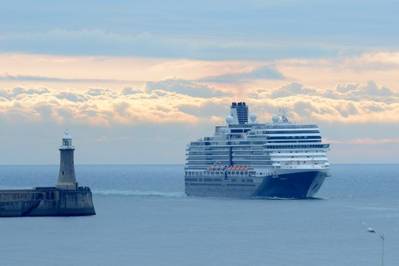 After a record breaking cruise season in 2012 the Port of Tyne is expecting another busy year in 2013 with 32 cruise calls, 11 of which are transit and 21 are turnaround cruises.

Three new cruise lines will be making transit calls – visiting the Port for one stop – including Crystal Cruises, Hurtigruten and Costa Cruises.  A number of first time calls will be made by existing customers including the inaugural visit of Fred Olsen’s Black Watch and MSC Magnifica.

U.K. ports are set for one million cruise passenger embarkations this year after a record 2012. The number of people leaving U.K. ports on a cruise last year rose to a 10% high and now approximately 1 in 8 holidays is a cruise.

Steven Harrison, Chief Operating Officer at the Port of Tyne, said, “The Port of Tyne operates an award winning International Passenger Terminal. Last year almost 600,000 passengers embarked on cruise and ferry holidays from the Port, with more destinations on offer than ever before including cruises to the Western Mediterranean, Scandinavia and the Baltics.”

In total 723,000 holidaymakers visited U.K. ports in 2012, double the 2007 figure, and over 62,000 either visited North East England or sailed away on a cruise directly from the Port of Tyne’s International Passenger Terminal.

Vessels of up to 300m in length and up to 10m in draft can be accommodated at Northumbrian Quay, the Port’s purpose-built cruise berth which is capable of accommodating 95% of the global fleet of cruise ships and ideally placed to handle turnaround and transit calls.

Sarah Stewart, Chief Executive of Newcastle Gateshead Initiative, the destination marketing agency for the City said, “The Port of Tyne is a fantastic gateway for North East England and, it plays a significant role in attracting visitors to experience Newcastle Gateshead's vibrancy, culture, shopping and attractions like Alnwick Castle, Alnwick Garden and Durham Cathedral.”

Named the U.K.’s Best Port of Call by CruiseCritic, the Port of Tyne offers easy access to world heritage sites, miles of stunning coastline, dramatic castles and cathedrals, sumptuous stately homes and gardens, plus one of Europe's most culturally exciting cities.

For the avid traveler, North East England has been named as an up-and-coming destination by the compilers of the Lonely Planet guide, one of only 30 places around the world to make it into the ‘Go List’ section – a chapter dedicated to detailing new destinations.

A  recent study found that cruise and ferry operations at the Port of Tyne contributes around £50 million gross value added to the economy of North East England and indirectly supports in excess of 1,700 tourism related jobs.

From March 12-14 the Port of Tyne and NGI will join forces at Cruise Shipping Miami where the team hopes to win more cruise business for the North East.