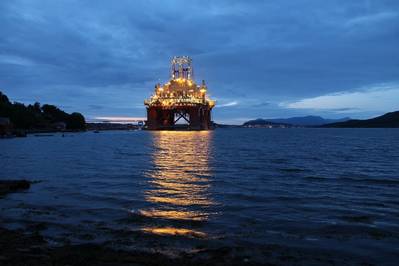 Some 2,250 workers on Norwegian offshore oil drilling rigs and in drilling and catering services on oil producing platforms could go on strike this summer after rejecting a proposed wage deal, the Safe labor union said on Thursday.

Industri Energi, the largest labor union representing drilling workers, last month agreed to a deal, while the smaller Safe said it would ask its members to vote on the offer made by the Norwegian Shipowners' Association.

A strike could hit oil companies' exploration efforts later this summer, although a mandatory round of mediation must be held before any conflict is allowed under Norwegian law.