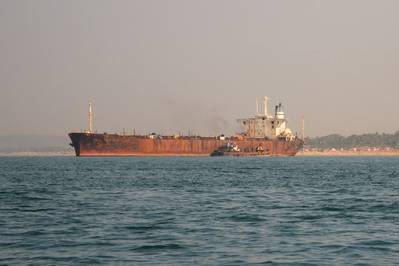 The ethics watchdog for Norway's $1-trillion wealth fund will focus this year on shipbreaking on India's beaches, which endangers workers and pollutes the sea and sand.

The fund's Council of Ethics checks that companies the fund invests in meet these ethical standards. It set out its latest priorities in its annual report published on Wednesday.

Johan H. Andresen, chair of the Council on Ethics, said the watchdog would turn its attention to shipbreaking in India.

More than 80 percent of ageing commercial ships are broken up on the beaches of Bangladesh, Pakistan and India.

Norway's fund already excluded four firms in 2018 because they scrap ships on beaches in Bangladesh and Pakistan.

"First you establish a practice and then you open up to new countries, because we don't have the capacity to look everywhere at the same time," Andresen told Reuters ahead of the publication the annual report.

"We look at whether there is a systemic, or gross, violation of human rights or damage to the environment."

Ethical Ambitions
The fund owns shares in 9,158 companies, 1.4 percent of the world's listed equity, so decisions to drop or reinstate companies from its investments carry considerable weight among investors.

It is forbidden by law from investing in companies that produce nuclear weapons or landmines, or are involved in human rights violations, among other criteria.

Some 71 companies are presently excluded on recommendations by the Council on Ethics, on various grounds. Another 69 companies are excluded directly by the central bank based on their dependence on thermal coal.

The fund makes recommendations, either to exclude a company from the fund or to put it on a watch list, to the board of the Norwegian central bank, which then makes the final call. The board often, but not always, follows the recommendations.

The fund gradually sells shares in any company it wishes to drop, before any announcement is made. The main aim is to remove the ethical risk