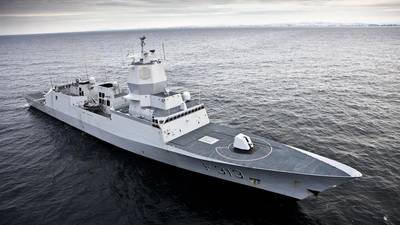 Two crane ships early on Tuesday began raising a submerged Norwegian navy frigate which collided with an oil tanker in November and has remained stranded off Norway's west coast since, the armed forces said.

Raising the Helge Ingstad, one of Norway's five frigates, is expected to take five to six days and will require calm weather.

"The work must be synchronised, so the cranes must be completely stable, next to each other," Norway's armed forces said in a statement.

The armed forces have said they are evaluating whether it is possible to repair the 5,290 tonne Helge Ingstad or whether they will need to order a replacement frigate.

Each year, Marine News magazine profiles 100 of the top firms in the North American workboat sector.From passenger vessels to towboats…