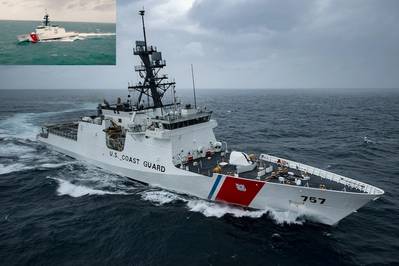 The U.S. Navy’s Board of Inspection and Survey (INSURV) were on board, as Ingalls’ test and trials team led the sea trials and conducted extensive testing of the propulsion, electrical, damage control, anchor-handling, small boat operations and combat systems. The team finished the trials with a completed full-power propulsion run on Midgett.

Ingalls has delivered seven Legend-class NSCs and has two more under construction, including Midgett (WMSL 757), set to deliver before the end of the year. Stone (WMSL 758) is scheduled for delivery in 2020. In December of 2018, Ingalls received two fixed-price incentive contracts with a combined value of $931 million to build NSCs 10 and 11.