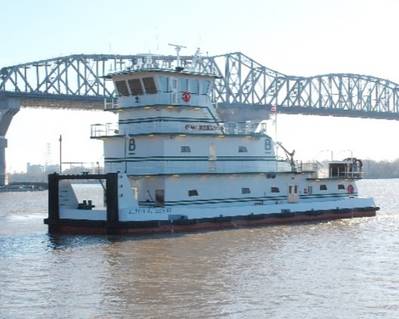 A lack of procedural compliance and complacency were key factors in several marine accident investigations concluded so far in 2021, according to the National Transportation Safety Board (NTSB).

The agency said it determined the probable cause of the flooding of the towing vessel Alton St. Amant on May 17, 2020, in Harvey Canal, New Orleans, Louisiana, was the absence of shipyard pre-inspection and monitoring procedures for water transfer, which resulted in potable water tanks overflowing through their open access hatches during an unmonitored transfer.

In its report NTSB investigators wrote that crew and shipyard personnel designated to conduct liquid transfers must be aware of the status of a vessel’s tanks, including their access hatches and associated piping systems, whether ashore or at sea. When filling a tank, open access hatches create a risk of unintended flooding. Pre-inspection and monitoring of transfers provide the opportunity to identify and remedy any issues in order to ensure they are safely completed.

The NTSB’s investigation of the Sept. 8, 2019 contact of the Savage Voyager’s tow with the Jamie Whitten Lock & Dam, near Dennis, Mississippi, revealed the tow moving out of position in the lock chamber. Investigators found that the crew did not effectively monitor and maintain the vessel’s position during its descent. The movement resulted in the aft barge becoming hung on the upper gate miter sill, resulting in hull failure and release of crude oil into the lock.

NTSB investigators wrote that while locking operations can seem routine, the margins for safety are frequently low. Maintaining vessel position and communication with the lock operator are critical practices to ensure safe lockage. Crews should avoid complacency and vigilantly monitor lines at all times to prevent “running” in a lock.

A social media post has falsely claimed the Ever Given ship that blocked the Suez Canal is carrying nuclear weapons. There…

The U.S. Committee on the Marine Transportation System (CMTS) COVID-19 Working Group (C-19 WG) is encouraging mariners from all segments of the U.S.