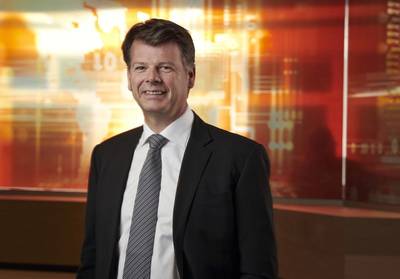 Norwegian shipping firm Odfjell SE has appointed Harald Fotland as its new Chief Executive Officer (CEO). Fotland comes from the position as Odfjell's Chief Operating Officer, and will assume the CEO position on May 6, 2022.

"We are pleased to have an internal candidate take over the helm at Odfjell. The appointment was made after a process including external and internal candidates. Harald has excelled at leading innovative and transformative projects during his time at the Company. He has the expertise and experience to ensure continuity and progress, and to further strengthen Odfjell's industry leadership", Chair Laurence Odfjell said.

Fotland joined Odfjell in 2010 as Chief of Staff. He was appointed Senior Vice President of Odfjell Tankers in 2015, and took the role as the Company's first Chief Operating Officer in 2018.

He now succeeds Kristian Mørch, who announced in March that he wished to step down once a suitable successor had been identified. Mørch will remain available for six months to support a seamless transition.

Laurence Odfjell, Chair of Odfjell SE's board, said: "On behalf of myself and the board, I would like to express sincere thanks to Kristian for his many contributions to Odfjell during his seven-year tenure. The company has undergone a significant transformation and is today standing on a solid and efficient platform. We have solved the challenges of the past and are preparing for the future."

"I am excited and honored to take on the position as CEO of Odfjell. Since 2015, I have had the privilege to take part in growing and transforming Odfjell into the world's largest deep-sea operator with the most energy efficient chemical tanker fleet in the world. The Odfjell platform and the fundamentals of our industry are the strongest we have seen for many years, and I look forward to harvesting from the solid preparations made by the Odfjell team over several years. We have an impressive global team and are on a solid path of progress.

"My core task will be to ensure that we continue to provide world-class services in shipping and at our terminals - safely, sustainably, and more efficiently than anyone else in the industry," Fotland said.

Odfjell SE specializes in seaborne transportation and storage of chemicals and other specialty bulk liquids. It owns more than 90 highly chemical tankers and operates terminals in USA, Belgium, China, and South Korea.