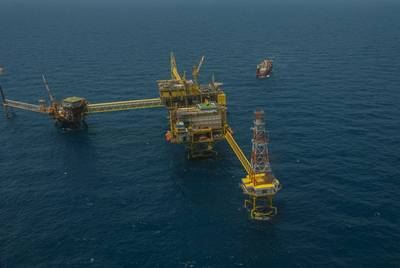 U.S. oil and gas executives are predicting higher production and drilling activity next year as oil prices climb, but say they face sharply higher costs, according to a poll released on Wednesday by the Federal Reserve Bank of Dallas.

Some 49% of executives surveyed said they aim to expand output next year, while 15% said their main focus would be to maintain existing production levels and 13% plan to focus on reducing debt. Six-month outlooks remained positive, but the index declined to 53.2 from 58.9 the previous quarter.

U.S. oil prices were up 1.2% on Wednesday at around $76.88 a barrel. They are up almost 60% since the start of the year, as demand for oil and motor fuels rebounds on an economic recovery from the coronavirus pandemic.

The index for input costs among service firms hit a record high in the survey, rising to 69.8 from 60.8 last quarter. Oilfield service firms reported higher costs during the fourth quarter, and lease operating expenses jumped to 42 from 29.4 during the quarter, also the highest reading since the Federal Reserve began the survey five years ago.

"Rising supply-chain disruption and associated inflation have the potential to delay and impact drilling and completion activity in 2022," one executive commented. Others said it has been difficult to find highly qualified workers.

Survey respondents on average anticipate oil prices to be at $75 a barrel next December, and Henry Hub natural gas prices to land at $4.06 per million British thermal unit (MMBtu), both close to current pricing.

In a section of special questions, 95% of respondents said they did not expect countries to meet their 2030 commitments for reducing greenhouse gas emissions.

Many executives also said that uncertainty over the Biden administration's energy policies has made planning difficult.

December's survey polled executives at 134 energy firms in Texas, southern New Mexico and northern Louisiana, of which 90 were from exploration and production companies and 44 were from oilfield service firms.