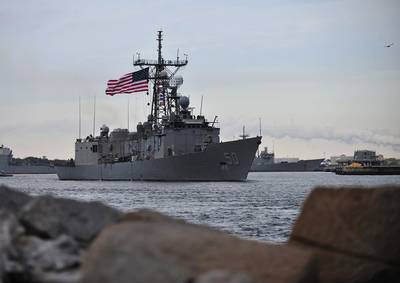 With the threat of terror at the 2014 Winter Olympic Games in Sochi, the United States is prepped with vessels in the Black Sea.

The U.S. Navy deployed two ships to the Black Sea to help protect against the threat of terror attacks surrounding the Games.

Both ships will perform routine operations in the Black Sea to establish and enhance cooperation, mutual training and interoperability with regional partner nations and allies, the Navy said.