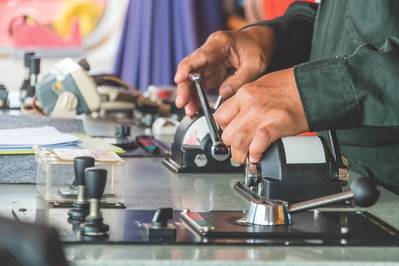 The modern merchant mariner is required to be competent in a number of skills and knowledge areas, such as firefighting, CPR, vessel security and even how to work as a team. Absent from this list is the mariner’s role in fighting climate change. Maybe it’s time for that to change.

The Standards of Training Certification and Watchkeeping (STCW) is an internationally recognized set of rules that set minimum standards and competencies for mariners to perform their jobs effectively and safely. Before STCW was formed in 1978 it was left to individual governments to set mariner training standards. This resulted in varying levels of competency across the world. Moreover, the lack of standards created obvious problems for mariners that crossed international boundaries on a voyage. What country’s standards should take precedence in such a scenario?

In the United States, the U.S. Coast Guard oversees implementation of STCW for commercial mariners. Competency in the different STCW requirements is demonstrated by relevant coursework at maritime training institutions and/or on-the-job training at sea. Proof of competency comes in the form of U.S. Coast Guard issued credentials and endorsements. The type and number of STCW endorsements or credentials that each mariner needs depends largely on their role, the type of vessel, machinery onboard and where it operates. For example, deck officers working on the Great Lakes have different requirements from engine officers working internationally.

Does STCW emphasize maritime decarbonization?
Some STCW endorsements are required for all seafarers. These are the Basic Safety Training (BST) requirements of the STCW Code. This is the base-level of competency and knowledge that all mariners must know to work on a ship for their own safety and the welfare of others. It includes training in personal survival at sea, basic first aid, personal safety and social responsibility and firefighting. In our current climate crisis, perhaps it’s time we add to this list a requirement to understand maritime’s role in climate change.

The only part of the BST requirements relevant to maritime decarbonization is a subpart that stipulates standards for “personal safety and social responsibilities.” This is the one section in the STCW Code that is pertinent to all mariners and mentions their role in avoiding pollution of the environment. The competence requirement reads, “Take precautions to prevent pollution of the marine environment.”

However, this requirement is rather vague. Does it relate to air emissions? Water emissions through ballast water? Noise emissions? Plastic pollution? Oil spills? All of the above? Elsewhere in the STCW Code there are other such mentions of preventing pollution of the marine environment, but it’s always equally ambiguous.

Nowhere in these standards is there any mention of emissions, reduction or climate change, let alone that seafarers be aware of these issues. This is important because it dictates what is taught to mariners and what is emphasized in their training curriculum. If it’s not important to STCW, it’s not important to the trainers of the maritime workforce.

The STCW Code is not immutable. It is amended periodically to reflect the changing needs, technologies and operational requirements of the industry. After the international STCW Convention established minimum safety requirements in 1978 it was updated in 1995 and then again in 2010, in what is known as the Manila Amendments. For instance, the Manilla Amendments included new mandatory security training for all crew as well as specialized training in leadership and teamwork for officers.

STCW amendments for a modern merchant marine
The STCW Code needs new amendments that reflect the current state of affairs in the maritime industry and the world more broadly. The industry is undergoing a once-in-a-century energy transition that is heralding in new low- and zero-carbon fuels and power systems such as green hydrogen, fuel cells or fully electric vessels. In a similar vein, new technologies that automate and optimize shipboard systems are increasingly being adopted for navigation, cargo handling or engine operations. Many of these technologies didn’t exist a decade ago. New competences are needed that reflect the needs of the modern merchant marine.

While we’re at it, new amendments to the STCW Code could be adopted that specifically address the need for every merchant mariner to have training in emissions reduction and climate change mitigation. A base level of competency in these issues would ensure that every rating on the ship from cook to captain is aware of how they can contribute to emissions reductions through their daily work. When everyone is on board, we’re more likely to achieve the emissions reductions so desperately needed.

The current lack of training on maritime decarbonization is a disservice to the industry. It sends a signal that it is low-priority, and maritime training institutions treat it as such. However, numerous industry surveys over the last two years indicate that addressing climate change is anything but low-priority, quite the opposite in fact. There is a disconnect between the training requirements and the needs of industry.

To address climate change, we’ll need all industries making substantial cuts in emissions, it is quite literally an all-hands-on-deck affair. For an industry that contributes nearly 3% of global greenhouse gas emissions annually, all mariners should be aware of their role in reducing the industry’s impact on climate change. But if the current STCW Code doesn’t require it, then it won’t be taught. It’s time for that to change.