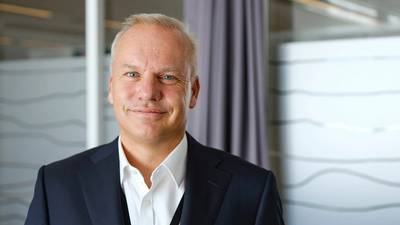 The Equinor Board of Directors appointed Anders Opedal as its new president and CEO starting November 2, 2020. Eldar Sætre will retire after six years as CEO and more than 40 years in the company.

Opedal ascends to the top spot coming from the position as Executive Vice President Technology, Projects and Drilling. He joined Equinor as a petroleum engineer in 1997, spent many years in Drilling and Well and served as Chief Procurement Officer. In 2011, he was chosen to lead Equinor’s approximately NOK 300 billion project portfolio. He later served as Executive Vice President and Chief Operating Officer before taking the role as Senior Vice President and country manager Brazil. Opedal holds a Master’s degree in Engineering from The Norwegian Institute of Technology (NTNU) and an MBA from Heriot-Watt University in Edinburgh.

Sætre turns 65 years early next year and indicated before summer to the Board that this could be a natural point of retirement.

Opedal will take over the position as president and CEO from November 2 and Sætre will be available to advise the new CEO until he retires from the company March 1, 2021.

Effective immediately, Opedal will step down from his role as EVP Technology, Projects and Drilling and Geir Tungesvik will step into the role as acting EVP. Until commencement of the role as CEO, Opedal will be Executive Vice President reporting to the CEO and be part of the Corporate executive committee.

Opedal will receive a base salary of 9.1 million NOK ($1 million). He will participate in the variable pay schemes within the framework previously established for the CEO role. His annual variable pay target will be 25% (maximum 50%) and long-term incentive 30% of base salary. The pensionable salary will be capped at 12 G. He will receive a fixed salary addition of 18% of base salary in lieu of pension contribution above 12G.