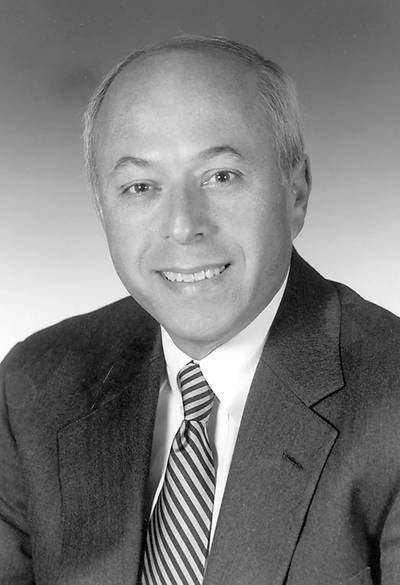 A Response to “The Articulated Tug Barge (ATB) Quandary”

The recent editorial (MarineNews February edition) by Jeff Cowan entitled “The Articulated Tug Barge (ATB) Quandary” raised more than a few eyebrows here at the American Waterways Operators (AWO) and among AWO members who operate ATBs. Mr. Cowan has it backwards: far from being unsafe, ATBs in fact represent a significant advancement in safety in the coastal tugboat and barge industry and have a long history of safe operation. Mr. Cowan’s piece also contained several factual errors and is based on the flawed premise that the regulatory standards for tankers should be applied rigidly to ATBs despite the differences in vessel characteristics. We would like to set the record straight.
First, while Mr. Cowan suggests that ATBs are a poor substitute for tankers, we have never heard industry experts argue that ATBs are, or should be, replacements for tankers. Rather, ATBs are replacements for towed barges, and as such provide substantial improvements in terms of safety, reliability, effectiveness, accommodation and comfort. Even so, one could nonetheless make the case that an ATB is as safe, or, in some cases safer, than a tanker. Consider a few key areas.

Vessel Design and Technology
Proven engineered systems for connecting the tug in the notch to the barge have been successfully deployed in the U.S. coastal trades since 1986. Mr. Cowan suggests that ATBs are prone to coming out of the notch in heavy weather, but in fact the opposite is true. They are designed to stay in the notch as a safety feature. In some coastal areas, including those around the Columbia River Bar, ATBs regularly operate safely in 15-25 foot seas or more.
Additionally, an ATB by design has more redundant systems than a tanker. All ATBs have two propulsion plants that operate independently, whereas all but six U.S. coastal tankers have single propulsion systems. Additionally, ATBs have two propellers and two rudders compared to the vast majority of ships, which only have one. ATBs are built to the same ABS standards as tankers and comply with all applicable IMO regulations.

Crewing and Safety Management
Tankers in the 330,000-barrel range typically have a 21-person crew that includes three stewards, compared with 14 on a similar-sized ATB, counting the cook. The difference in the number of personnel on the vessel is often made up with by larger shore-based maintenance crews. Tankers typically have nine officers compared with eight for a similarly sized ATB. There is one fewer on an ATB because there is less administrative work required of the master. As for watchstanding during cargo operations, a tanker typically has one deck officer and two able-bodied seamen (ABs), whereas a comparably sized ATB has one deck officer, one AB/Tankerman and one utility crew member. Several ATB operators don’t just use ABs, but rather specially trained AB/Tankermen. These individuals are full persons-in-charge (PICs) and can, if needed, be in charge of oil transfer operations.
ATBs are manned to comply with STCW 95 requirements and all crew members work within the 12-hour rule. The main difference in manning between tankers and ATBs is in the food preparation department and the extra hands used for on-board maintenance. Under the ATB operating model, some of the maintenance is performed by shore-based contractors. This eliminates the need to do maintenance while underway, which at times can be unsafe for crews to perform. The use of computer-based maintenance systems like ABS Nautical Systems 5 also helps to manage shore-based maintenance. Several ATB operators use this technology, in close partnership with ABS, to document maintenance and inspections.
To suggest that self-propelled ships with larger crews are inherently safer than ATBs is simply wrong. The fact is that ATBs have never had a significant accident, while the Cosco Busan (a container ship) and the Exxon Valdez referenced by Mr. Cowan, were both ships with large crews that had major accidents. Contributing to the record of safe ATB operations are major industry improvements in safety management systems, including the AWO Responsible Carrier Program, the ISM Code, the Tanker Management and Self Assessment (TMSA) office audits and Ship Inspection Report (SIRE) customer vessel audits. These systems are subject to rigorous internal and external audits. While Mr. Cowan suggests that ATBs do not carry the personnel necessary to successfully implement a safety management system, the opposite is actually true.  The fact that companies operating ATBs have enthusiastically embraced safety management systems is a major reason why the industry is able to transport millions of gallons of oil each year safely, securely and efficiently.

Regulatory Compliance
It is important to note that several AWO member companies operate ATBs that travel to foreign destinations that are more than 200 miles offshore. These vessels are compliant with STCW 95 requirements and will adhere to the Maritime Labor Convention 2006 when fully implemented.  These vessels also comply with International Ship and Port Security Code requirements and have approved security plans on all vessels.
Moreover, contrary to Mr. Cowan’s commentary, oil spill prevention regulations do not differ between tankers and ATBs. Tanker and ATB owner/operators use the same vessel response plans. And, while Mr. Cowan asserts that there is the potential for a spill of up to 400,000 barrels from an ATB, that is not only impossible (there are no 400,000 barrel ATBs), but also unlikely given the many layers of safety built into their operation.
The bottom line is that an ATB is no more likely to be involved in an accident than a tanker, and it is disingenuous to suggest otherwise. Our member companies take great pride in keeping their crews, their vessels, their cargo, and the waters upon which they operate safe and secure. Our industry will continue to advance this culture of safety as it moves the cargo upon which this nation depends.

(As published in the April 2013 edition of Marine News - www.marinelink.com)