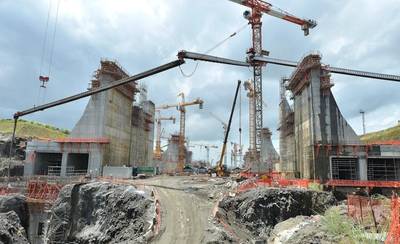 The Panama Canal Authority said it won an arbitration ruling on Friday for $265 million to be returned to it from the consortium that built a third set of locks for the key transoceanic waterway.

The authority cited a decision from a Miami-based arbitration board it said was issued earlier on Friday.

The GUPC consortium, which includes Spain's Sacyr SA and Italy's Impregilo International Infrastructures NV, no longer exists. Neither company could not be reached for comment after hours on Friday.

Initiated in 2015, the case centered on disputed cost overruns largely dealing with concrete quality. It marks the latest of three arbitration verdicts stemming from the canal’s expansion, completed four years ago and allowing the canal to handle bigger ships.

Four individuals have been charged for their roles in a conspiracy to sell phony U.S. Coast Guard merchant mariner credentials in Norfolk…

This article will focus on “noncomprehensive sanctions,” which target “Specially Designated Nationals” (SDNs), but otherwise…