The Path to Zero: Study Shows Hydrogen-Based Ship Fuel Projects on the Rise 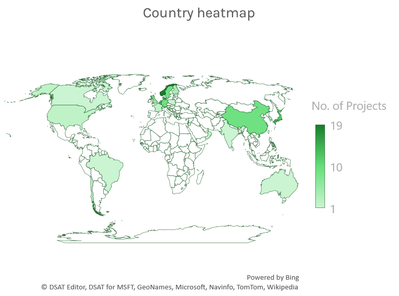 The Getting to Zero Coalition’s updated Mapping of Zero Emission Pilots and Demonstration Projects uncovers emerging trends, sees a strong climb in the number of identified projects as well as increased activities in Asia.

The 'fuel of the future' debate is one of the hottest topics in maritime circles, as shipowners eye ever tightening emission regulations through 2050. While there is no 'silver bullet' solution, the Getting to Zero Coalition’s biannual Mapping of Zero Emission Pilots and Demonstration Projects outlines the spread and scope of existing zero emission projects, encompassing the full value chain of technologies needed to facilitate shipping’s transition to zero emission fuels.

The second edition sees a significant increase in the number of identified projects - up from 66 to 106 - focusing on ship technologies, fuel production as well as bunkering and recharging facilities.

“Our mapping aims to support potential first movers in kickstarting shipping’s zero emission future. By making the full list of projects publicly available today, frontrunners can draw upon learnings from other projects and improve confidence in undertaking new innovations that will get the industry on a zero emission path,” said Jesse Fahnestock, Project Director at the Global Maritime Forum and lead of the Getting to Zero Coalition’s Motivating First Movers workstream. 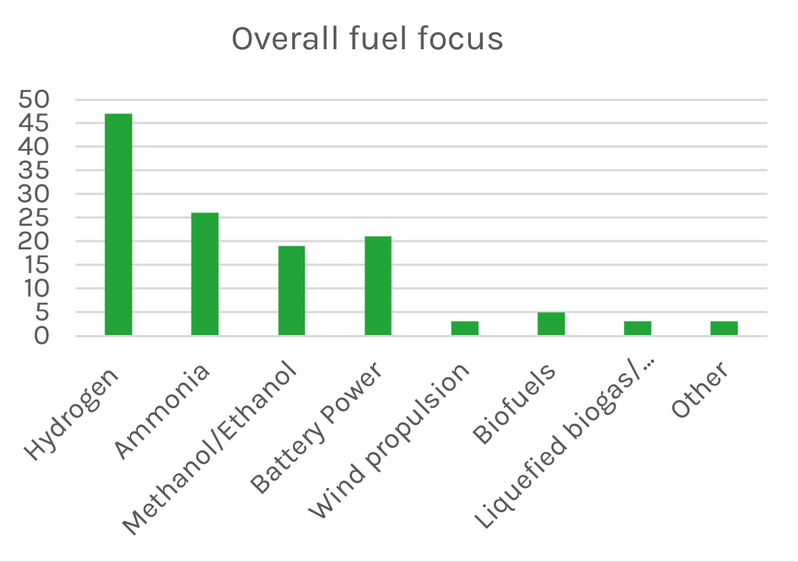 Source: Getting to Zero Coalition

Increasing focus on hydrogen based fuels

Three trends emerge from the 106 projects that are categorized by their project focus, project type, fuel choice, geographical location, and the existence of public funding. 2020 has seen a notable increase in the uptake of large ammonia vessels. Ten large ammonia demonstration projects have been launched, bringing the total to 14. For small ship projects, there is a continuing trend towards exploring hydrogen and battery power or a combination of the two. For fuel production projects, the mapping shows a preference towards Power-to-X fuel production with hydrogen as an input.

“We see an increased specialization in small and large ship technology projects. There is an uptake in hydrogen based ship technology projects, but particularly in ammonia projects. For fuel production projects, we see a continued trend towards hydrogen based Power-to-X fuel production,” says Jesse Fahnestock. “In the last 6 months, around 10% of the projects have increase in size or ambition or moved from the concept study stage to the demonstration stage. This shows a tangible move towards raising ambition and scaling up existing projects.”

“The new mapping includes twice as many Asian projects. Based on the timing of the projects that we have uncovered, we judge that there is an increase in activities in Asia. It is also encouraging to see an expansion of new geographies now pursuing zero emission pilot projects,” says Jesse Fahnestock.

Of the 106 projects in the mapping, just over half, 54, are known to receive some amount of direct public funding. The majority of this funding originates in Europe. The largest awards of public funding in the mapping continue to go to large scale fuel production projects.