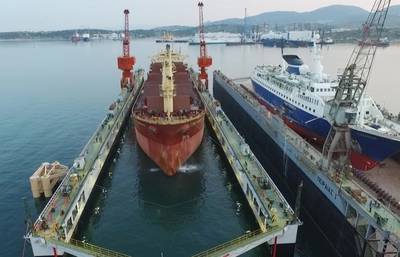 "PIRAEUS I floating dock has been delivered for use and is operating again after scheduled maintenance works," said an announcement from PPA.

During the first nine months of 2019, the ship repair activity at the port of Piraeus is showing an increase, despite the temporary suspension of PIRAEUS I floating dock operations, as the ships in docks increased by + 11% and the ships under repair in Ship Repair Zone increased by 7.4% compared to the same period of 2018.

The Management of PPA S.A. gives high priority to the development of ship repair and the attraction of more ships to the Perama Ship Repair Zone, which will contribute to the creation of new jobs, said the largest port in Greece.

China's COSCO Shipping acquired a majority stake in PPA S.A. in 2016 after an international tender and has already started changing the port's image.