Port of Virginia Posts its Busiest May 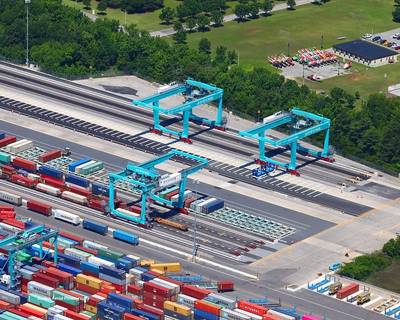 Record cargo volumes are moving across The Port of Virginia and doing so with efficiency as a result of expanded container handling capacity at its two primary container terminals.

On May 31, the port debuted the completed on-dock rail yard at VIG to a select audience of customers, partners, cargo owners and stakeholders. The rail yard now has nearly 20,000 feet of new track and is supported by four cantilever rail-mounted gantry cranes.