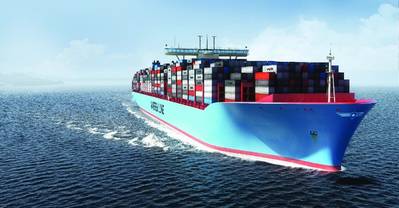 Maersk Line CEO Soren Skou said ships with capacities of 25,000 twenty-foot-equivalent units are possible but not practical today, and that he expects 18,000-19,000-TEU container ships to remain the largest afloat for years to come, according to a report in JOC.