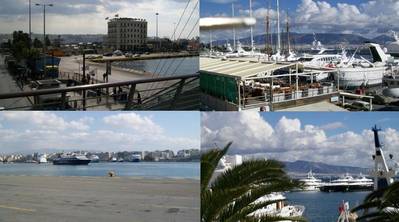 As the pushed back the date - the Dec. 21 deadline - for the submission of binding bids for the sale of its biggest port Piraeus (OLP) approaches, the pace is picking up with binding bids, reports WSJ.

Three of the world’s biggest port operators expected to submit their binding bids next week.
Greece’s leftist government had pushed the move back for a year, upsetting potential investors and ​the country’s international creditors.
The deadline has been postponed three times since Oct. 30, fuelling fear and frustration among the three shortlisted bidders that the sale of a 51 percent stake in Greece’s top port would be further delayed.
Stergios Pitsiorlas, the head of Hellenic Republic Asset Development Fund, which manages privatizations has assured the bidders - China’s Cosco Pacific, APM Terminals and Philippines-based International Container Terminal Services Inc. — that the latest deadline will be honored and the bids will be evaluated in a transparent manner.
All the offer documents are with the potential investors and the deadline for binding bids is on Monday. From there on, the bids will be evaluated and the deal will be completed, he said.
The deal involves bids for a 67.7% stake in​ Piraeus Port Authority SA. A 51% slice will be transferred to the winning bidder at once and the remaining 16.7% over the next five years as required infrastructure investments at the port take shape.
People with knowledge of the deal said the port sale could yield about €700 million​($765.4 million), including the €300 million investment the winner must put into Piraeus over the next five years. Piraeus Port Authority’s market capitalization is €357 million.