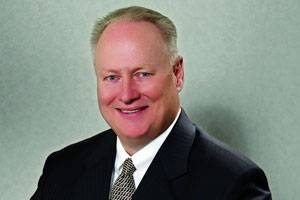 SGX Mainboard-listed Chemoil (SGX-ST: CHEL.SI) announced that its profit attributable to equity holders for the second quarter of the 2009 financial year (FY2009) was $12.2m leading to 1st half results of $21.1m.

Gross contribution per metric ton (GCMT), a key performance indicator, was $11.61 in 2Q2009, which represents a 10.4% increase over 2Q2008 GCMT of $10.52 and a 32.8% increase over 1Q2009 GCMT of $8.74. Chemoil’s continued ability to focus on profitable market segments in challenging economic conditions has helped the company to maintain its profitability.

Mike Bandy, Chemoil’s Chairman and Chief Executive Officer, said “The economic downturn continued to affect the global demand for fuel oil. However, Chemoil has expanded its retail marine fuel business, where volumes increased from 2Q2008 due to strong sales in Europe and Asia. In addition, our entry into new markets, such as India and the Middle East, is on track and performing as expected.”

Jerome Lorenzo, Chemoil’s Chief Financial Officer, said “Our financial position remains solid, with a healthy balance sheet, working capital of $160m and shareholders’ equity of $305 million at the end of June 2009. We continue to have good liquidity and credit availability for our working capital needs. Our financing cost has fallen by 41% compared to 2Q2008 as a result of lower debt levels, and we have improved the quality of earnings as highlighted by our improved GCMT levels.”

Summing up the company’s performance, Mike Bandy said “The second quarter reflected Chemoil’s ability to sustain positive earnings, as customers turned to reliable physical suppliers during this period of market slowdown. The strength of our global network, combined with our ability to adapt and remain flexible in our sales mix and growth strategy, has enabled us to remain competitive in the first half of this very challenging year. Credit controls and customer relationships have also played a significant role in our success.”