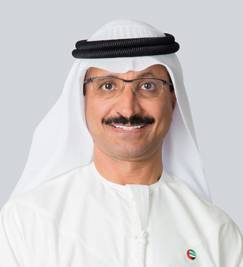 DP World took advantage of strong market conditions and scarcity value to raise a $1 billion convertible bond with a ten year lifespan on Thursday, in order to fund growth opportunities and diversify its funding sources.

The issue is a rare example of an international convertible bond from a Middle Eastern company and comes at a time when convertible bonds have drawing investors' attention following a spate of issuance by European firms.

Pricing for DP World's debut convertible issue came at the mid point of both the 1.5 to 2 percent coupon guidance and the 35 and 40 percent conversion premium above the reference share price, a statement from the company said.

The reference price, set according to the volume-weighted average price between the start and close of trading of DP World shares on Thursday, was given as $27.14.

"The proceeds from the convertible bond provide us with additional financial flexibility at an extremely low interest rate to take advantage of further organic or inorganic investment opportunities in order to enhance returns to shareholders over the medium term," Sultan Ahmed Bin Sulayem, chairman of DP World, said in the statement.

From a pricing perspective, the coupon level was attractive for DP World when compared with other regular debt issues by the likes of Emaar Malls Group, according to Ali Adou, senior vice president, asset management at The National Investor, referring to the $750 million sukuk sold on Wednesday.

DP World is also in talks with lenders to triple the size of an existing $1 billion loan, as well as extend the lifespan and cut the interest rate, seeking to leverage investors' renewed confidence in the emirate and the fact banks have plenty of cash to lend to reduce its borrowing costs.

While the size of investor orders for the convertible bond wasn't disclosed, a banker working on the deal said the total amount was very comfortably covered.

The banker said investors were drawn to a rare opportunity to secure bonds belonging to a Middle Eastern firm as well as a ports operator in a sector which would benefit from global economic growth in the coming years.

The last major convertible bond sold by a Gulf company was in May 2013 when National Bank of Abu Dhabi completed a $465 million, five-year convertible that was later raised to $500 million. Pricing came with a 1 percent coupon and a 30 percent conversion premium.