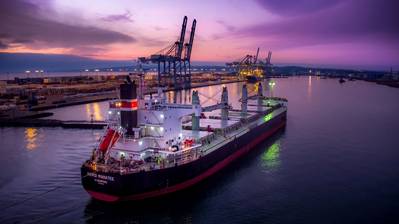 A press statement said: "In accordance with section 29 of the Danish Securities Trading Act, it is hereby informed that Dampskibsselskabet Norden A/S has received an announcement from Rasmussengruppen AS stating that Rasmussengruppen AS has sold their shares in Dampskibsselskabet Norden A/S."
The company's share capital consists of 42,200,000 shares of DKK 1 each, amounting to DKK 42,200,000. Rasmussengruppen was the second biggest investor in Norden, after Danish company A/S Motortramp on 28.08%.
Norden  operates one of the industry’s most modern, flexible and competitive fleets globally within the dry cargo and tanker vessel types. Norden  was founded in 1871 and is one of the world’s oldest listed ship owners.
Rasmussengruppen AS owns and operates tankers and provides marine transportation services. It has strategic alliances with GC Rieber Shipping ASA. The company was founded in 1936 and is based in Kristiansand, Norway. Einar Rasmussen is the Chairman and Chief Executive Officer of the company.