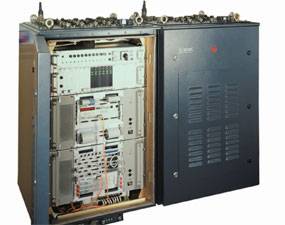 Raytheon Anschütz has been rewarded a contract to deliver navigation and control systems for six submarines of type U214. The second batch of U214 submarines for the Republic of Korea Navy will be built under responsibility of ThyssenKrupp Marine System’s shipyard HDW at Daewoo Shipbuilding and Hyundai Heavy Industries in Korea.

On February 20 Raytheon Anschütz has signed a contract to supply a comprehensive package of navigation and control systems for the submarines. The scope of supply covers navigational data management, navigation commander console with radar and WECDIS function as well as battery monitoring, mast control, various sensors and inertial navigation system. As the core component of the integrated solution, the data management collects and pre-processes various data from the sensors in real time in order to distribute them within the system. The award also includes customer specific development, program and obsolescence management, documentation (integrated logistic support), testing and setting to work.

The navigation and control system features a combination of various degradable navigation sensors with the goal of cost effectiveness and availability. Raytheon Anschütz benefited from a good reputation regarding system design and highest standards of accuracy, which have been proven during sea-trials of former submarine projects. Meanwhile Raytheon Anschütz has equipped more than 100 submarines worldwide, including the German Navy’s latest submarine U 212A, and the company is continuously expanding this proficiency.