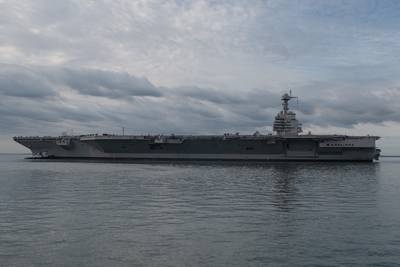 “This new contract builds on our 100+ year relationship with the U.S. Navy. Through close collaboration and mutual trust, we have delivered high-quality, high-reliability solutions designed to keep our military safe and successful,” said Bryan Reid, Chief Sales Officer, RIX Industries. “Our long-standing commitment to the Navy earned us an important role on the USS Gerald R. Ford CVN 78 – the most advanced aircraft carrier ever built. And with this additional award, the DoD is furthering that investment in the health, safety, and overall preparedness of our combat personnel.”

As a key supplier to the U.S. Navy, RIX continues to support the Navy’s ship building plans and force structure goal of maintaining a fleet of 355 ships through the development of innovative energy solutions for complex, mission-critical needs – on land, sea or air.