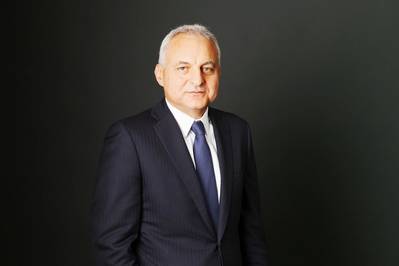 East, whose seven years at Rolls were marked by costly troubles with the blades on its engines and the COVID-19 pandemic, will step down at the end of this year, with Erginbilgic taking over on Jan. 1.

Analysts said Erginbilgic's record in delivering results as well as in energy transition made him well placed to lead Rolls, despite a relative lack of aerospace and defense (A&D) experience.

East, who announced his departure in February, simplified Rolls by cutting layers of management and costs.

Rolls, however, has battled problems with its Trent 1000 engine, which powers Boeing's 787 Dreamliner, leading to the grounding of planes to fix turbine blades.

The group, which also has defense and power-systems units, was hit hard by the pandemic, burning through more than 5.5 billion pounds of cash as revenue, stemming from the hours flown by its engines on aircraft, plummeted.

Erginbilgic, a British and Turkish national with a background in engineering, spent more than 20 years with BP, including five years in its executive team.

He led the oil major's downstream business until 2020, and is now a partner at private equity firm Global Infrastructure Partners.

"I am honored to be joining Rolls-Royce at a time of significant commercial opportunity and strategic evolution as its customers embrace the energy transition," he said.

Erginbilgic oversaw the expansion of BP's downstream business, which includes refining, retail and petrochemicals, into electric vehicle charging, and added thousands of petrol stations in developing economies, such as India and Mexico.

He also led the modernization of its refining business, including such measures as the sale of a number of plants.

He left BP shortly after Bernard Looney was appointed chief executive, a post for which he had contended, along with BP's former CFO, Brian Gilvary.

Erginbilgic will receive a base salary of 1.25 million pounds, Rolls-Royce said, and he will also be awarded two tranches of shares, each worth 3.75 million pounds.