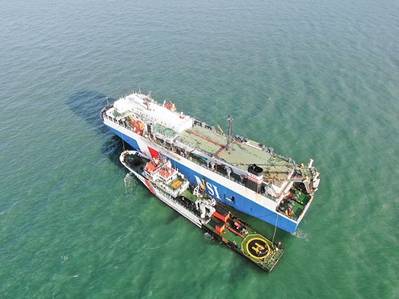 The 100-meter roll-on, roll-off (RoRo) ship Kalimantan Leader was sailing from Belawan, Indonesia, to Jakarta, on September 23 when its crew spotted eight fishermen in the water after their vessel sank.

The merchant vessel rescued the distressed fishermen immediately, and the eight men were transferred in to an Indonesian Coast Guard vessel on September 24 off Batam Island, Indonesia. All are said to be in good health. 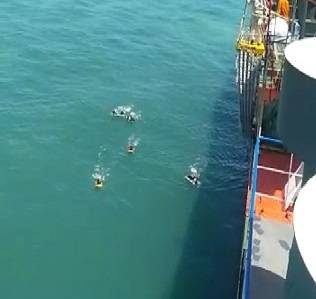