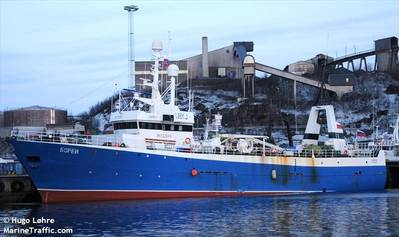 Russia on Friday accused Norway’s coastguards of detaining a Russian fishing trawler near a remote chain of islands in the Arctic earlier this month and said it had filed a protest to Oslo over the incident.

The Norwegian archipelago of Svalbard, about 850 km (500 miles) north of mainland Norway, is seen as a potential flashpoint between Moscow and the West as climate change has opened up the resource-rich region.

“We believe the practice of detaining foreign vessels by the Norwegian coastguard in the so-called fish protection zone is in line with Norway’s policy of illegally expanding its rights in the archipelago region,” Zakharova was quoted by TASS news agency as saying.

Norway’s Foreign Ministry did not immediately respond to a request to comment. It was not clear if the vessel and its crew were still in Norwegian custody.

Previous incidents of Russian vessels being detained in the area have been reported in 2003, 2011 and 2016.

Svalbard is regulated by a 1920 treaty which grants Norway sovereignty but allows other signatories, including Russia, residence and commercial rights. A Russian coal mining company has operated there for decades.

Moscow has accused Norway in recent years of flouting the treaty, listing concerns such as Norway’s establishment of the fish protection zone. Norway has rejected those accusations and said it is fully compliant with the treaty.

The Borey could be seen sailing south of Svalbard earlier this month and last reported its location on April 10 southeast of Bear Island on the edge of Svalbard’s fishing protection zone, shipping data on Refinitiv Eikon showed.