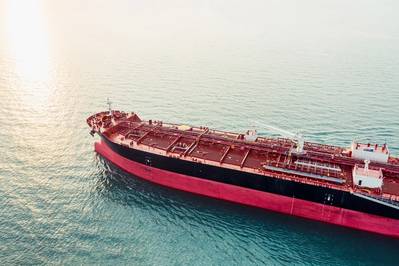 Russia's oil tanker fleet is too small to fully circumvent a plan by the European Union, G7 countries and Australia to enforce a price cap on its maritime crude exports starting on Dec. 5, analysts and market watchers say.

The amount Russia would be unable to export is expected to increase when EU sanctions on Russian refined product shipments take effect on Feb. 5.

In all the shortfall could mean Russia halts exports of around 1 million barrels per day (bpd), compared with current flows to the world market of around 3.5 million bpd. The impact would push oil and fuel prices higher and worsen global inflationary pressures.

Russia has said it will not sell oil to countries that endorse the price cap.

Building a parallel fleet
The EU bans seek to deprive Moscow of oil export revenue to finance its military operation in Ukraine.

The impact of Western financial sanctions and of refiners avoiding buying Russian oil has been limited so far because China, India and other Asian importers have increased purchases since Russia's invasion of Ukraine began on Feb. 24.

The price cap could also have a limited effect if it causes disruption that drives the market higher and lessens any reduction in Russian revenues.

A G7 plan to take effect on Dec. 5 will allow the shipping industry to help export Russian oil but only at a set price - the price cap.

Maintaining current seaborne flows of 3.5 million barrels per day would require about a third more oil tankers than Russia has access to, said Alexei Gromov, analyst from the Moscow-based Institute for Energy and Finance Foundation.

Russia needs to boost its fleet by 157 Aframax, 65 Suezmax and 18 VLCC vessels, Gromov told Reuters. 60 are owned by Russian companies and another 70 aged at least 15 years - old by oil shipping standards - have been sold this year to unnamed firms that could trade oil outside the cap, Gromov said.

That would leave a shortfall of 110 tankers should Moscow seek to fully skirt the price cap, Gromov added.

"If they (Russians) self-insure, if they use the vessels that are not subject to U.S. or EU jurisdiction - whether it's Chinese or Indian or Russian vessels - they may try to set up ways not to trigger these restrictions outright," said Aleksandar Dukic, partner at global law firm Hogan Lovells.

"Certainly building up their own fleet is going to take some time," Dukic told Reuters.

Andrea Olivi, global head of wet freight at commodities trading giant Trafigura, said almost 40 crude and product tankers have been sold to Eastern entities in September at above-market rates given the vessels' age.

Between 1 million and 2 million bpd of Russian crude and refined products exports could be shut in, a U.S. Treasury official said.

U.S. bank JP Morgan largely concurred with the lower end of that estimate and said it did not believe Russia would be able to ship all its own crude with newly-acquired tankers until 2024 and its products until at least 2025.