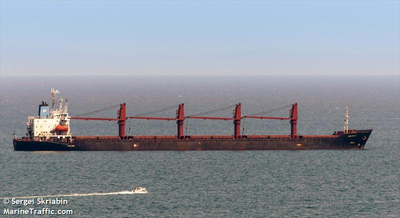 This action comes after an investigation by the Department of Justice and the sale of the ship in a Southern District of New York Federal Court-directed auction. The Coast Guard’s role in these proceedings was to ensure the safety and security of the Port of Pago Pago and the vessel.

Most recently, the Coast Guard captain of the port received, reviewed, and approved the submitted tow plan from the company who purchased the ship, and the tug arrived in Pago Pago Friday.

“We are grateful to our partners in American Samoa and the Department of Justice who led this operation,” said Capt. Arex Avanni, commander, Coast Guard Sector Honolulu, and captain of the port. “We are pleased this event concluded without incident and to have supported the effort by ensuring the safety of the strategic deepwater port of Pago Pago and the security of the vessel while in U.S. custody.”

The captain of the port, in conjunction with interagency partners and port authorities, made appropriate preparations for the arrival and sustainment of the vessel in Pago Pago. At various times over the five months, the Coast Guard conducted safety and security patrols in and around the ship with teams from Maritime Safety and Security Team Honolulu, Sector Honolulu, USCGC Joseph Gerczak (WPC 1126), USCGC Walnut (WLB 205), and the Marine Safety Detachment in American Samoa.

“We are deeply committed to working closely with our partners and allies to advance maritime governance as part of the rules-based international order essential to a free and open Indo-Pacific,” said Avanni. “Safe flow of maritime commerce in and out of the Port of Pago Pago is a priority of the U.S. Coast Guard.”

The Department of Justice remains the lead agency in this event. Direct any further inquiries to the U.S. Attorney’s Office for the Southern District of New York or Main Justice.