Search Called Off for Overboard Mariner in the Port of Savannah 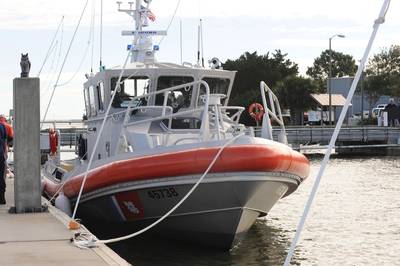 The U.S. Coast Guard said it has suspended its search Tuesday evening for a containership crewmember who went missing after he fell while transiting the gangway to the motor vessel Maersk Tukang in the Port of Savannah.

Watchstanders at Coast Guard Sector Charleston received the initial notification from the Georgia Port Authority at approximately 3 a.m., Tuesday, stating a man had fallen into the water and had not resurfaced.

The man has been identified as Joe Williams, 70, who is from the greater Savannah area.

"Our thoughts are with the loved ones of Mr. Williams during this very difficult time and we would like to thank all of the first responders who assisted with the search," said Cmdr. Garrett Meyer, the search and rescue mission coordinator at Sector Charleston.

The Coast Guard had deployed a MH-65 Dolphin helicopter aircrew from Air Station Savannah and a 29-foot Response Boat-Small crew from Station Tybee Island to search the area near Savannah's Garden City Terminal for signs of the missing mariner.

Also involved in the search were the Georgia Department of Natural Resources, Savannah Fire and Rescue, Chatham County Sheriff's Office and Garden City Fire and Rescue.

The 322-meter, 8,100 TEU Maersk Tukang is currently en route from Savannah to Miami.