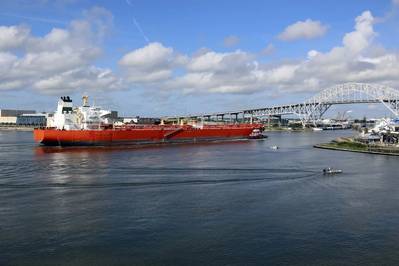 The Biden administration granted oil refiner Citgo Petroleum a maritime shipping waiver allowing it to move fuel between U.S. ports on a foreign flagged vessel, two sources told Reuters on Friday, making it the second company to secure one this week.

The waivers are intended to help ease distribution of fuel after a major pipeline serving the U.S. East Coast was forced shut by a cyberattack last week, triggering widespread shortages of gasoline, diesel and jet fuel.

The Department of Homeland Security had announced the second waiver on Friday, but did not name the recipient.

Citgo is planning to use the Jones Act waiver to ship approximately 200,000 barrels of jet fuel, gasoline and ultra low sulfur diesel from Lake Charles, Louisiana, to Linden, New Jersey, on a foreign flagged vessel, the two sources said.

Valero Energy had received the initial waiver, Reuters reported yesterday, and also was moving fuel from Lake Charles to the East Coast.

The Jones Act requires goods moved between U.S. ports to be carried by ships built domestically and staffed by U.S. crews, a law intended to protect the U.S. shipping industry.

Giving waivers to the Jones Act is one way the government can help fuel supplies reach some areas hardest hit by the pipeline outage, as pump prices continue to surge.

But the process of getting supplies back to normal is expected to take several days.