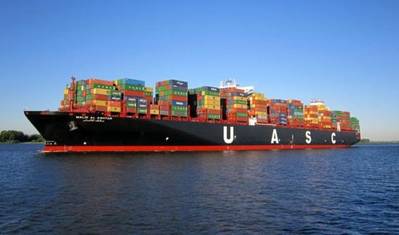 United Arab Shipping Company (UASC) said its six shareholding states backed a merger deal with German container shipping line Hapag-Lloyd AG at a meeting on Wednesday.
UASC, majority-held by the government of Qatar, said in a statement that "...all six of UASC's shareholding states voted unanimously to approve the proposed merger with Hapag-Lloyd AG (Hapag-Lloyd) with a relative valuation of the two businesses at 72 percent for Hapag-Lloyd's shareholders and 28 percent for UASC's shareholders."
"Several legal and administrative tasks need to be completed before the binding agreement can be formally signed," it added.