Ship Believed to Have Spilled Oil off Venezuela 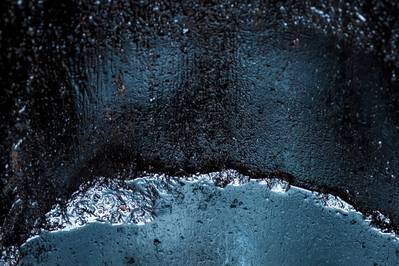 An oil slick washed up over the weekend on the coastline of Venezuela's western Falcon state, known for pristine beaches and nature preserves, two opposition lawmakers said on Monday, though there was no official comment on the spill's provenance.

Maria Hernandez, who chairs the opposition-held National Assembly's environmental committee, said she was concerned about the effect of pollution on marine life as well as water supplies onshore.

"This affects one of our most exquisite coastlines, which is very important for tourism," Hernandez said in a telephone interview.

Neither national nor local authorities have commented on the spill, and Venezuela's information ministry did not immediately respond to requests for comment.

While there was no official confirmation of the cause of the spill, opposition lawmaker Luis Stefanelli - who represents Falcon and serves on the energy committee - said the oil likely spilled from a ship's fuel tank.

A source at state oil company Petroleos de Venezuela, who spoke on the condition of anonymity, confirmed that was the case and said the company planned to assist with the cleanup. PDVSA did not immediately respond to a request for comment.

Victoria Gonzalez, Falcon coordinator for the environmental advocacy group Fundacion Azul Ambientalistas, said the slick would threaten the few reefs that survive in Morrocoy, as well as threatening fauna on land.

"It will affect the tourism and fishing sectors, which are the principal sources of income for the towns along the coast," Gonzalez said. "In the case of oil, a simple cleanup is not enough. Its remains on coasts and in bodies of water over time."

An oil tanker is expected to load crude at Libya’s Marsa el-Hariga terminal this week, the first since a blockade by eastern forces in January slashed