The Switch Partners with Shipbuilder CSIC 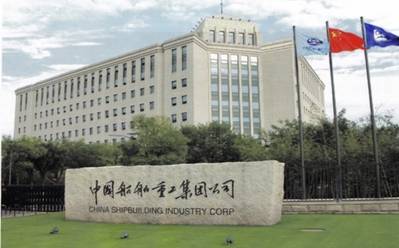 On Monday, September 11, The Switch entered into a strategic partnership agreement with CSIC/711, which operates under the direct jurisdiction of CSIC as the sole R&D institute of marine diesel engines in China.
A leading state-owned enterprise, CSIC is one of China’s largest shipbuilding and ship repair groups. Cooperation with The Switch will help CSIC/711 provide profitable power generation and drive train solutions to its clients, and together CSIC/711 and The Switch will work to advance the Chinese marine industry with electrical drive trains and optimized energy use.
According to The Switch, the partnership agreement offers a win-win situation for both parties. The Switch can provide CSIC/711 with advanced marine drive train know-how and technology, a strong track record of references from international markets, as well as access to the worldwide network of shipbuilders and design offices. In addition, plans for training sessions by The Switch have already been set in place.
“We want to show CSIC/711 our commitment to cooperation in practice, not only in words,” said Carlo Cecchi, Director of Business Development, The Switch. “The Switch will support CSIC/711 with a strong technical team and continue building our worldwide service and support network to be close to the shipowner wherever needed. We see that the marine market has interesting potential and want to be a part of that journey with CSIC.”
As part of one of the leading Chinese shipbuilding groups, CSIC/711 can also offer unmatched benefits for The Switch. It provides immediate access to the Chinese marine market, thanks to having strong existing relationships with local shipyards, shipowners and design offices. In addition, CSIC/711 has advanced technical capabilities in marine drives and motor applications and will in turn share this knowledge with The Switch. This combined know-how will be put to use as the two companies start to address together the emerging Chinese market for hybrid and battery solutions.
Common activities between The Switch and CSIC/711 will start taking place in the fall of 2017.