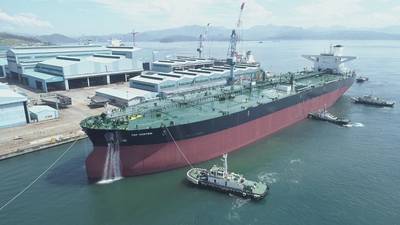 The exposure of five Philippine banks to financially distressed Hanjin Heavy Industries and Construction Co. Philippines (HHIC-Phil), which recently declared bankruptcy after it defaulted on over $400 million in loans, could put pressure on their credit ratings.

Their exposure to what may well be the largest corporate default in Philippine banking history may put pressure on the credit ratings of local lenders, Fitch Ratings said.

According to reports, Hanjin owes $412 million to Philippine banks. Another $900 million is owed to Korean banks. So far, little is known about these debts and how the actual value of the assets of the company relate to its capacity to repay.

“Local banks’ loans to HHIC-Phil are equivalent to only around 0.2 percent of system loans, but some banks have more significant exposure, which could put pressure on their ratings,” it said.

The problems at HHIC-Phil, the country's largest shipbuilder, stem from the extended weakness in the global shipping industry and financial issues at its Korean parent company, Hanjin Heavy Industries & Construction, which has been undergoing corporate restructuring since 2016.

The sector- and company-specific causes suggest this case is unlikely to indicate broader stress across banks' loan books, even if we expect some knock-on effects for HHIC-Phil's employees and local service industries.

"We expect the Philippine economy to remain among the strongest-growing in Asia-Pacific in 2019, but asset quality could face further tests as the global economic backdrop grows less favourable, with mid-tier banks likely to be more at risk than the large players," it said.