Shipbuilding and The Navy Of Tomorrow 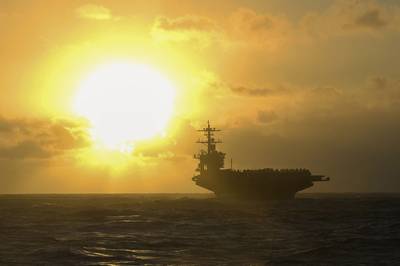 In the United States, it is a frustrating time to be in the government shipbuilding business. Even though America depends upon maritime commerce and faces growing security risks at sea, shipbuilding is just not a major national focus.

Up to now, shipbuilders have had it pretty good. For the past several years, big naval shipbuilders have enjoyed steady growth and strong performance. In 2020, Huntington Ingalls Industries enjoyed record revenue of $9.4 billion, an 8.5% margin and gave a quarter billion back to shareholders in dividends and stock buybacks. But the party is ending.

With cuts coming and little “new” Navy funding expected from the Biden Administration, the near-term goal for surface ship builders and other out-of-favor segments of the naval shipbuilding industry is to simply survive, pursuing a dwindling set of shipbuilding opportunities while preserving as much of the Nation’s government shipbuilding industrial base as the government and company stockholders may allow.

Things, of course, will change. Once the Chinese maritime threat is too great to ignore, any cash used over these lean years to preserve government-oriented business systems, infrastructure and trained workers will, in time, be seen as a good investment as worried U.S. policymakers rush to quickly reconstitute and grow the depleted National Fleet.

But, in the near-term, substantial new investment in shipbuilding seems unlikely. For far too many financers, shipbuilding is a low-tech and low-margin endeavor, an almost passe pursuit. The national imagination is firmly fixed on the high-flying aerospace and space manufacturing industries that are hoovering up America’s intellectual capital, manufacturing workers and policymaker interest. But while the aerospace industry workforce grew by 4.8% and workers enjoyed wages 46% higher than the national average, few realize that even SpaceX depends upon the lowly maritime. The innovative space exploration company fields a small but innovative navy of some ten manned and unmanned ships and barges. SpaceX also intends to shortly field two offshore platforms as spaceports.

For American shipbuilders, it is a waiting game. As foreign competitors arm up and the Department of Defense flat-lines the Navy budget, positioning the U.S. Navy for potentially dramatic cuts, the only thing America’s government-oriented shipyards can do is dig in, perform on existing contracts, and wait—or agitate--for the prevailing winds to shift. Things will change—and may change in a hurry--but right now, the only real bright spots for government shipbuilders are in undersea and unmanned platforms, where the Pentagon senses opportunity. 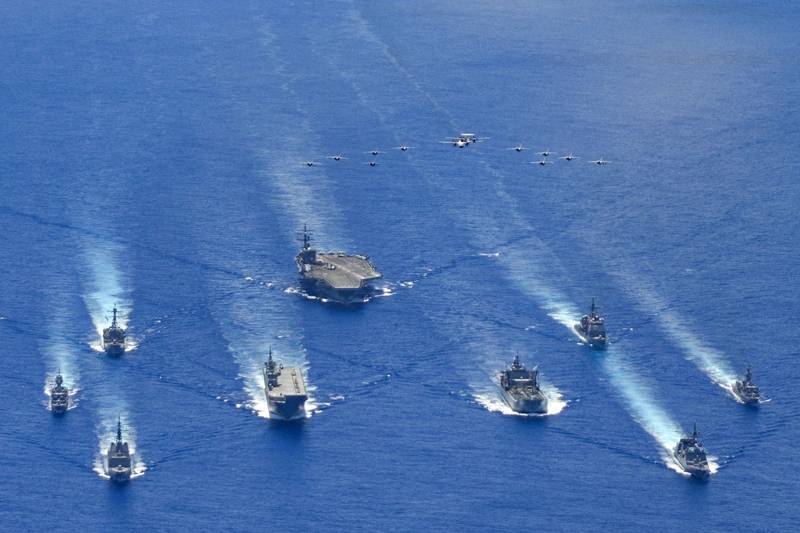 An Opportunity for Multinationals

For multinational naval shipbuilders that have U.S. operations, the picture is a little more optimistic. A big overseas naval buildup is driving foreign innovation at sea, and it may well be that the future of the U.S. Navy’s surface fleet will serve in partner navies long before the concept arrives on American shores. The U.S. Navy has a long history of adopting foreign designs, and with American military-industrial policy as strict as it is, many naval shipbuilders find it far easier to innovate overseas before bringing new surface ship designs to America. In all, the Polar Security Cutter, the Sentinel Class Fast Response Cutter, the Constellation Class Frigate, and both the Littoral Combat Ship classes are—or will be--American derivations of foreign designs.

Aside from America’s military industrial policies, America’s dominant naval strategy is also pushing maritime innovation overseas. Despite all the discussion about America confronting the big new challenges at sea with a newer, bigger and more lethal fleet, America has been easing into a far more collaborative, multilateral stance at sea, encouraging friends and allies to build out their own naval forces. As this shift in emphasis continues, America’s government shipbuilding market will continue to offer real opportunities for Fincantieri, Damen Shipyards Group, or other diversified members of the maritime industrial base that can continue leveraging the global naval buildup, bringing in revenue while advancing new designs and manufacturing innovations.

China and Russia are not the only drivers here. The Department of Defense’s prevailing operational template for the maritime is actually pretty dated, and has, for the past fifteen years, been riffing off the “1000-Ship Navy” strategy proposed by then Chief of Naval Operations, Admiral Mike Mullen. Since about 2005-6, the dominant message the U.S. has expressed in the maritime has been that the U.S. is unable to do it all. As such, America has inexorably shifted, year after year, towards a more collaborative international maritime security framework, encouraging countries to build up their naval forces. 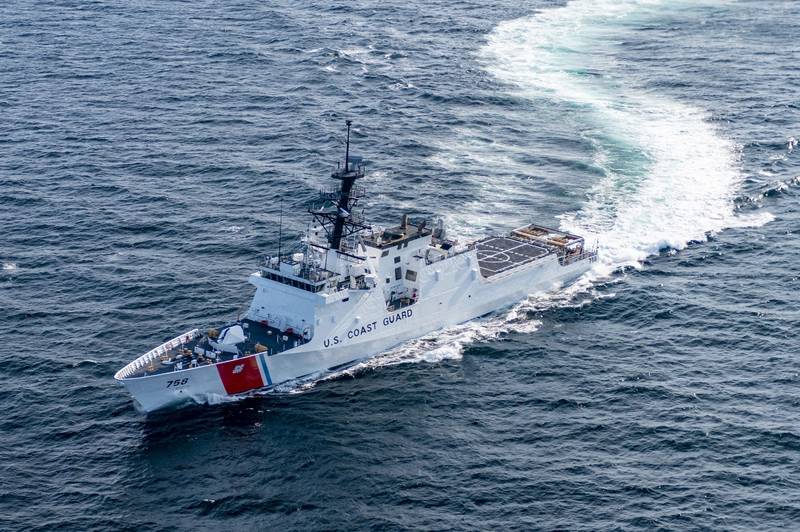 While American naval shipbuilders may not like it, the multilateral load-sharing strategy is, by and large, working. While the U.S. Navy rejected the “1000-Ship Navy”, the U.S. Coast Guard embraced international collaboration. America’s underfunded and overtaxed maritime law enforcers focused on really working with partners, making significant investments in communications and coordination capabilities. Today, as more and more countries build up their maritime capabilities, those partners are getting to the point where their vessels, if cued to a target by the U.S. Coast Guard, can manage vessel interdictions on their own. The stats are impressive; the Coast Guard Commandant, Admiral Karl Schultz, suggested that, in 2020, 50-60 percent of narcotics interdictions now involve some contribution from partner nations, and that a partner nation handles the interdiction “end game” somewhere between 20-40 percent of the time.The idea, of course, is that as other countries develop their own shipbuilding capabilities, those countries would then assume responsibility for larger portions of the maritime security portfolio, freeing the United States to focus on developing intelligence, surveillance and reconnaissance platforms, coordination-oriented assets and tools for heavy strike.

The consequence for America’s waterfront is that multi-national shipbuilders will continue to improve their competitive posture in smaller, “lower-end” frigates, patrol boats and auxiliaries, while the “higher-end” vessel designs and intellectual property developed in exclusively American shipyards will remain largely locked into the tepid American defense market, trapped by tough defense marketing rules.

The failure to develop and then internationally market America’s dominant large surface combatants has been, in retrospect, a tremendous oversight. Seeing the Freedom class Littoral Combat Ship in foreign service is wonderful, but it might have been more strategically useful to have America’s 69-hull Arleigh Burke Destroyer fleet joined by near-identical variants built to serve in Greece, Saudi Arabia, India and beyond. Today, rather than vend U.S.-built combatants as complete, largely U.S.-sourced platforms, individual companies are stripping off the higher-margin and more easily marketed warfighting-oriented vessel subsystems and selling them off, piecemeal. 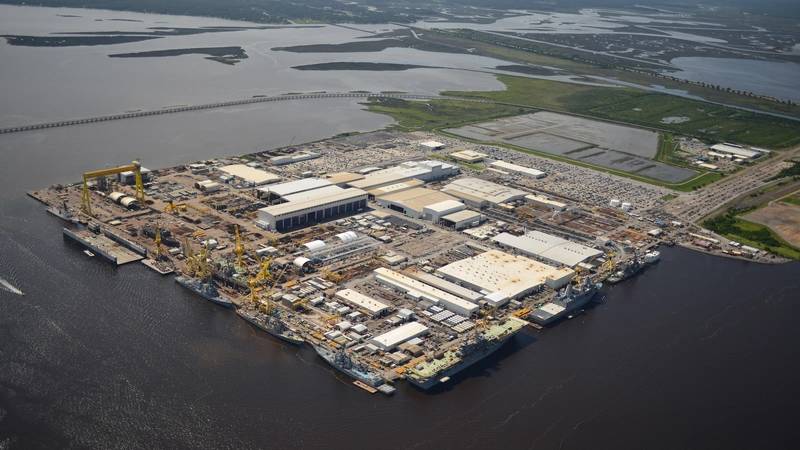 The U.S. Navy’s Report to Congress on the Annual Long-Range Plan for Construction of Naval Vessels For Fiscal Year 2022 paints out a template for a more collaborative future at sea. Submarines and un-crewed assets are receiving the lion’s share of the Navy’s planned investment profile. With the Columbia Class ballistic missile submarine fleet expected to be fully built out to 12 boats, and the attack submarine fleet expected to maintain a level of 66 to 72 submarines over the next thirty years, the future for crewed undersea craft is relatively bright—and may get even brighter if additional mother-ship oriented derivations of the commodious Columbia Class submarine move forward.

Outside of crewed undersea platforms, the biggest potential area of growth for government shipbuilders comes from un-crewed surface and undersea vessels, with Navy planners suggesting that, in thirty years, the fleet will maintain between 77 and 140 un-crewed craft.
While there are signs of technological overreach, with the Large Unmanned Surface Vessel program facing a delay as key enabling technology matures, the push towards unmanned platforms is real, substantive, and offers enormous opportunities to the right shipbuilders. With the Navy moving fast, major defense contractors will continue to jockey for any edge in obtaining mature and secure guidance and control solutions. As Huntington Ingalls Industries’ recently announced $1.65 billion takeover of Alion Science and Technology suggests, the technical side of the unmanned vessel equation is such a hot field that almost any company able to offer unmanned ship system management solutions can anticipate becoming a target for a merger or acquisition.

Other areas of potential growth are in subsystems, in sensors, cyber defenses, and communications. Over half the contract value for the Constellation Class Frigate will be in various subsystems, and, as shipbuilding companies chase the opportunities in high-margin subsystems, it will be a challenge for shipbuilding companies to “keep their eye on the ball” and not get overwhelmed. The Lockheed Martin Corporation’s long-suffering experiences with shipbuilding offer an apt cautionary tale, and Huntington Ingalls Industries’ explosion out of Northrop Grumman in 2011 present an example of how high tech can distract from the fundamentals of ship manufacturing.

This isn’t to say that American shipbuilders must forgo technology. The demand for high energy generation, energy storage and the “all-electric ship” are going to be vital future naval requirements. Accommodations for hypersonic weaponry, nuclear fallout protection and defenses against “soft kill” oriented weapons offer worthy challenges for any future naval shipbuilder.

There is a lot to do. Shipbuilders who want to explore opportunities in un-crewed ships should already be building a solid book of evidence that their favored hull, mechanical and electrical solutions are robust enough to operate without humans in the loop. It may also be smart for shipbuilders to start scrubbing their supplier list for those components that can demonstrate operational robustness in an unmanned scenario. For now, un-crewed platforms will not be a field where the “lowest-price-technologically-acceptable” subsystem is the optimum pick.

Outside of undersea and un-crewed platforms, the immediate prospects for “traditional” government surface vessels seems bleak. With a dwindling maritime community and few advocates outside of America’s already small maritime law enforcement community, the Navy is preparing to cut the surface fleet down to about 100 combatants. The traditional big-ship Cold War-era amphibious fleet seems set to devolve into several small squadrons of rebooted World War II-era Tank Landing Ships (LSTs). Logistics and support vessels, ignored in the best of times, will continue to struggle, particularly as the handoff of these vessels to the civilian mariners of the Military Sealift Command significantly cut naval interest in recapitalizing the support and logistics fleet.

The Future U.S. Navy Is Tied To China’s Choices:

Of course, the Navy’s overarching strategic template and focused force reductions could all go sideways in the space of a few months. China, developing a maritime force capable of seizing and holding large portions of otherwise open sea, seems eager to provoke a fight with a weaker neighbor in the near-term. A real sea fight between rival ocean nations, coupled with regular Chinese excursions into U.S. maritime territory or zones of U.S. interest, all have the potential of sparking a national panic and instigating an unprecedented U.S. naval buildup.

Rig For A Long-Term Boom:

Despite all the present-day pessimism, America stands on the precipice of a large naval buildup.
With the seas more crowded and contested than ever before, it is only a matter of time before a modern maritime conflict breaks out and a hesitant America starts getting deadly serious about maritime security. Today, the challenge for America’s government shipbuilders is to preserve and marshal as much industrial capability as possible while also working to help guide America’s strategic choices at sea, helping the United States prepare for a far more contentious maritime future. 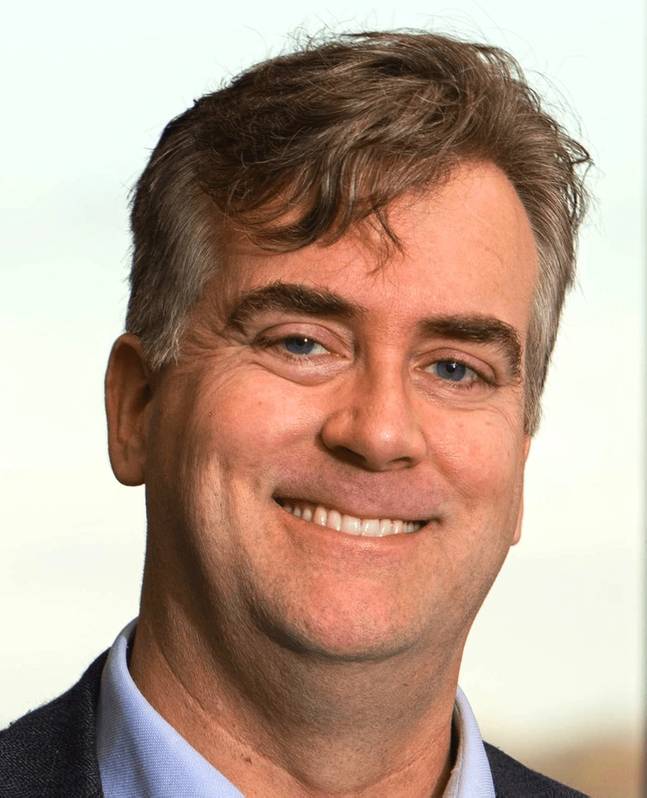 About the Author: Dr. Craig Hooper is the CEO of the Themistocles Advisory Group, a consulting firm that specializes in maritime and national security strategy. Trained as an infectious disease expert, he has served in the U.S. naval shipbuilding industry and been a keen observer of navies and coast guards for over two decades.References
1 https://ir.huntingtoningalls.com/static-files/812a9b42-57d8-49b2-b23d-e097879741b5
2 https://spacexfleet.com/fleet
3 https://www.aia-aerospace.org/report/2020-facts-figures/
4 https://www.nap.edu/catalog/12029/maritime-security-partnerships
5 https://dialogo-americas.com/articles/us-coast-guard-committed-to-counternarcotics-fight/
6 https://s3.documentcloud.org/documents/20961220/pb22-shipbuilding-plan-june-2021_final.pdf