Shipowners Struggling with Lack of Clarity on Sanctions -Prokopiou 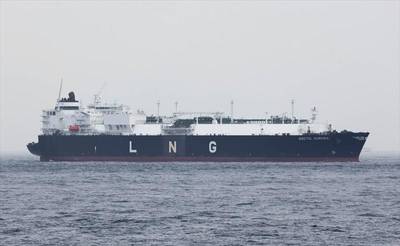 Shipowners are struggling to know what trades are still legal as a raft of sanctions against Russia and tough measures on other countries including Iran remain confusing, leading Greek shipowner George Procopiou said on Monday.

Sanctions imposed on Moscow after it invaded Ukraine in February, including a U.S. ban on its oil imports, have prompted Russia to pivot to customers in India and China who are picking up cargoes at a steep discount, according to industry data and traders.

Existing restrictions on Iran have also driven their oil trade towards Asia, with increasing due diligence required by shipowners to avoid falling foul of U.S. sanctions.

"At least my recommendation ... is to be clear on what is allowed and what is not because we are living in a grey area all the time, what is legal what is illegal, and we see banks and insurance becoming more strict than the regulations are and that creates a lot of misunderstandings," he said.

The European Union also decided last week, with some exceptions, to stop buying all Russian crude oil delivered by sea - or two-thirds of all EU imports of Russian crude - from early December, and will ban all Russian refined products two months later.

"I think European leaders are making a mistake," Evangelos Marinakis, chairman of shipping group Capital Maritime, told the conference, when asked to comment on challenges faced by the sector. "Instead of penalizing Russia, we're penalizing ourselves."