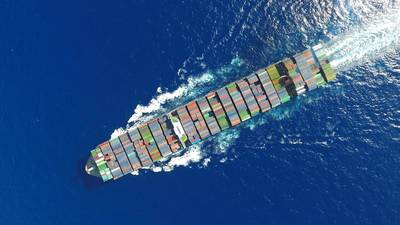 “If consolidation was the solution to all that ails shipping, then container liner companies would be super profitable. They are not. In ‘commoditized’ sectors of the shipping industry, which by now includes pretty much everything apart from very small niche markets, there is hardly any economies of scale at the company level. As long as bigger is not in fact much better, then meaningful consolidation will not happen.”
Dr. Roar Adland, visiting scholar at MIT Center for Transportation and Logistics and Professor at the Norwegian School of Economics (NHH).

Like any other business, some shipping companies are bigger than others; this article looks at some of the larger participants in the various sectors. “Big” can be defined in multiple ways. A deep dive into the data reveals the true visage of market dynamics; “controlled” capacity includes not only owned vessels- but also in-chartered tonnage.

In a conventional sense, two entities stand out as they cut across league tables for the various deep sea sectors; they are AP Moller Maersk (APMM, or, simply, Maersk) and Cosco Shipping, both of which have weighty presences, in terms of sheer vessel owning, in multiple maritime sectors.

However, it’s worth pointing out, right up front, that bigger is not always better.  Generally, the rationale for bigger companies cuts across three dimensions, melding internal (operational), external (impact on the market) and financial-where the entities raise funds through established capital markets.

Dr. Roar Adland, visiting scholar at MIT Center for Transportation and Logistics and Professor at the Norwegian School of Economics (NHH), told Maritime Reporter: “If consolidation was the solution to all that ails shipping, then container liner companies would be super profitable. They are not. In ‘commoditized’ sectors of the shipping industry, which by now includes pretty much everything apart from very small niche markets, there is hardly any economies of scale at the company level. As long as bigger is not in fact much better, then meaningful consolidation will not happen.”

A different view comes from U.K. based shipping information provider VesselsValue, with analyst Court Smith, telling Maritime Reporter, “The cheap storage of data and ability to access previously unknowable supply and demand fundamentals is allowing for greater visibility into the shipping markets. The older limitations on economies of scale should start to melt away and we should see further centralization into the market leaders. Not only will barriers on economies of scale melt away, but the recent consolidation trend in shipyards in Korea may force owners to even larger entity size in order to command attention and maintain a stronger negotiating position.” 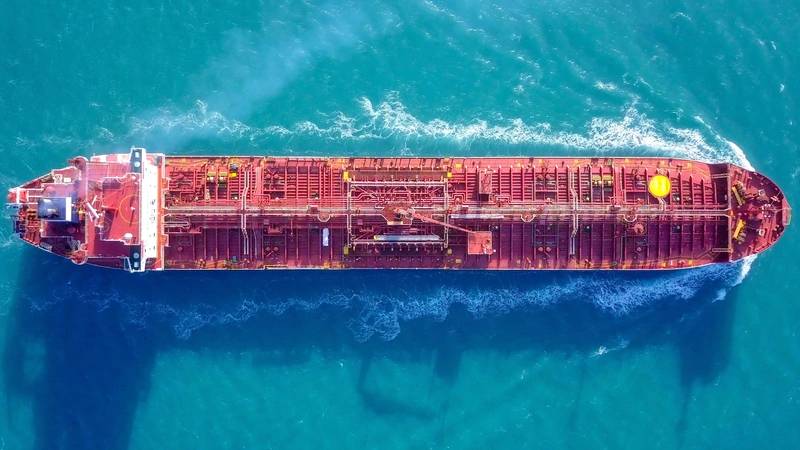 Smith, who moved to the U.K. after stints with large New York area tanker brokers, added: “Many large companies still view themselves as price takers in the markets, however consolidation is an effective remedy that can enable a more favorable playing field between ship owners and those trying to move a cargo.”

When the talk turns to finance, investor winds are not static, they can shift over time.  At the 2018 Marine Money conference in New York, Mr. Todd Wilson, a banker at Jefferies & Company said: “I think the goal of companies like Starbulk or Euronav is to grow their business so they become a more investable company … an easier company for investors to come in and out of …” Both of these entities have grown through acquisition of competitors’ fleets. Alexandros Argyros, from shipping bank Axia, had a different vantage point on the advent of shipping mergers: “For smaller companies, sourcing capital has been exponentially harder.”

Another important dimension is whether shipping companies’ decisions to participate in multiple sectors. Where shares are listed on exchanges, an important consideration is the investors’ perceived appetites for “pure plays” versus “diversification.” In recent years, “pure play” has ruled among listed companies. Instead of grouping drybulk and tanker under one umbrella, for example, there might be multiple separate entities.

VesselsValue has provided lists of the largest vessel owners (through early May, 2019) grouped by the standard metrics, number of vessels and deadweight (TEUs for the container sector), but also by the market value of their fleets.

Maersk, with a 100 year history in shipping, has gone full circle, returning effectively, to its cargo shipping roots after a diversification spree into non-maritime businesses. In its efforts to sharpen its focus on liner cargo and the logistics of delivering boxes, the listed company has recently divested investments in Danish supermarkets, Danske Bank, Maersk Oil, its tanker division, and, most recently, Maersk Drilling.  It has added to its liner girth the old-fashioned way – by acquiring other companies that add value to its network. In early 2018, it completed its acquisition of Hamburg Sud and its North/South route system that complemented Maersk’s East/West line-haul routes.

Its liner business is at the top of the charts by any measure, as it becomes a container logistics specialist.   For now, it has temporized on orders of line-haul megaships (with its second tranche of Triple E vessels having a capacity exceeding 20,000 TEUs). In early 2019, Maersk announced that it would be chartering in a dozen 2,200 TEU feeder vessels from third party lessors as it builds out its intra-Asia service. At the same time it was integrating its logistics offering, with Damco (previously a standalone company in the Maersk group) being integrated into the liner shipping business.

Its APM Terminals division is seeing a similar integration and plans to work much more closely with the core liner shipping business.
The Maersk product tanker business (spun off into a separate entity, but with  shares in the hands of the non-listed A.P.Møller Holding A/S along with  Mitsui & Co Ltd.). While the league tables show 91 vessels, the controlled fleet, including vessels held in the holding company, totals more than 160 vessels- including vessels chartered in, and under management.

State-owned Cosco has also pursued growth through mergers, some bringing sheer heft, and others aimed more at strategic niches. In late 2015, Cosco Ocean Shipping merged with China Shipping Container Lines (CSCL), with a new entity, China Cosco Shipping Corp., emerging. Three years on, the expanded Cosco completed another merger, acquiring Orient Overseas Container Line (OOCL). Unlike other mergers, the well-known OOCL brand has remained; after a protracted sales process, the OOCL container terminal in Long Beach, California has been sold to an investor group assembled by Macquarie Infrastructure Partners, subject to a divestment agreement with the U.S. Department of Homeland Security.  Most recently, Cosco has been circling around Pacific International Lines (PIL), based in Singapore (with a presence having synergies with China’s Belt and Road initiative), having taken a stake in PIL’s container manufacturing arm last year.

The quest for integration, when it comes to logistics, is not unique to Maersk or Cosco, with rival CMA CGM also integrating a logistics provider (CEVA) into its fold. Earlier in 2019, MSC attained a majority investment stake in Terminal Investment Ltd. (an infrastructure fund originally set up by MSC, with growth fueled by financial investors along the way).  On the vessel side, CMA CGM is also noteworthy with its commitment to LNG propulsion, with nine 22,000 TEU giants under construction in a group of Chinese yards. MSC, second to Maersk in the league tables, is also building 22,000 TEU vessels with nearly a dozen on order from yards in South Korea.

On the container side, another view can be seen from Alphaliner, which publishes a “Top 100” list of containership lines, providing a ranking of overall TEU capacity, but broken down by owned versus in-chartered vessels. Not surprisingly, the total controlled capacity here tracks very closely with that from owned vessels.

Large commercially controlled fleets are not always “owned.” Bulk shipping’s ecosystem includes the underlying owners, vessel operators (sometimes called “freight merchants”) and major charterers. On the tanker side, brokers Poten compiles a ranking of the largest crude oil charterers. Typically, the large cargo interests may control fleets of vessels taken in under timecharters;  oil “majors” will operate many chartered in tankers, in addition to those actually owned.

In the dry bulk trades, the timecharter fleets of grain majors Cargill and Bunge would rival those of large actual dry owners. Cargill, on its website, advertises its fleet of 120 Capesize ships, 180 Panamaxes, 120 Supramaxes and 130 Handymaxes. This armada, notionally around 45 million tons deadweight, rivals the  largest owners of actual vessels. Oldendorff Carriers, which does rank among the top five owners (with 104 vessels) says, on its website, that it “….normally operates around 700 vessels at any one”.  Oldendorff Carriers estimated that its controlled fleet (owned and chartered) stood at 57 million tons deadweight (mdwt) in early 2018. Though hefty sounding, this figure represents 6% of the overall bulk fleet, pegged at 935 million dwt by VesselsValue.

At the short-term end of the spectrum, large cargo interests will take vessels on spot charters. Brokers Poten assemble an annual tally of the biggest crude oil charterers, with Chinese oil company Unipec dominating the 2018 chart  shown below. On the drybulk side, iron ore chartering dominates the tonnages, with Brazilian giant Vale moving 390 million tons of Seaborne ore in 2018. BHP, the Australian iron ore giant, was estimated to have shipped 274 million tons of the raw material from western Australia, in the year ending June 30, 2018.

For the full story see: https://magazines.marinelink.com/nwm/MaritimeReporter/201906/