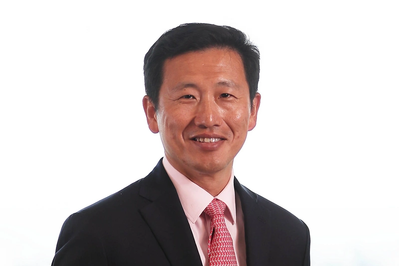 Singapore, which counts decarbonization among its top priorities, holds a key role in the maritime industry's push toward environmental sustainability, the nation's transport minister Ong Ye Kung said Thursday during the Future of Shipping Webinar on Decarbonization.

One-third of world trade funnels through the narrow Straits of Malacca and Singapore, giving the small city state prominence and influence as the world's most important shipping hub.

"Being so dependent on the maritime economy as a city state, port state, flag state and coastal state, we are also in a unique position to speak our minds, contribute in a pragmatic and balanced way at various IMO bodies, to move discussions forward," said Ong, who took over as transport minister in July. "We take our responsibility very seriously."

The low-lying city-state is also particularly vulnerable to the effects of climate change, and tackling it is a national priority, Ong said, calling decarbonization one of the country's top imperatives.

The country is currently applying its expertise and capabilities as a shipping hub to lead positive changes in the maritime sector.

"We are developing sustainable port infrastructure. The Tuas Port, which will be completed in the 2040s, will be the world’s largest fully automated terminal. Its capacity is almost twice the number of TEUs we handle today, but at about half the carbon emissions intensity, compared to 2005 levels," Ong said.

"The new Tuas Port will have a fleet of full-electric automated guided vehicles, to transport containers within the port. They will replace the conventional diesel-operated prime movers. We are actively encouraging vessels which call at our ports to use cleaner fuels such as LNG, by providing them with port dues concessions, and co-funding building of LNG-fueled bunker tankers. We are also exploring the electrification of our harbor craft."

Singapore is also aiming to apply its our offshore and marine manufacturing capabilities in new ways to work toward its environmental goals. "Over the past two decades, our offshore and marine companies produced about 60% of the world’s floating production, storage and offloading unit (FPSO) conversions, and 30% of the world’s jack-up rigs," Ong said. "As the global energy mix shifts, the capabilities can be reapplied to green solutions, such as dual-fuel liquefied natural gas (LNG) carriers, and fabrication of wind turbine foundations and substations."

Ong said the country is also developing decarbonization solutions directly: "Singapore has set up the Maritime GreenFuture Fund to support the industry in research and development (R&D), test-bedding, and adoption of green fuels and technologies. We are also working with universities and activating the resources of Venture Capital partners."

The transport minister also pointed out the importance of other stakeholders and regulators. "We cannot leave this historic human endeavor to a patchwork of individual efforts," he said. "The IMO’s leadership is needed, to harness the collective will of the maritime community."

"As a maritime center, we will bring together key players—shipowners and operators, brokers, insurers, legal and arbitration professionals, technology players—to develop sustainable solutions for the sector. Recently, we established an International Advisory Panel on maritime decarbonization to propose policies and solutions.

"None of us will be spared the effects of climate change. It is an existential threat to mankind. While the world deals with the COVID-19 crisis, it must keep up with the fight against climate change. No one can do this alone. It is a global ambition, to be accomplished by the international maritime community. But we all have capabilities, expertise, and resources to contribute to this endeavor.

"Singapore will do our part, and we look forward to the maritime community coming together, under the leadership of the IMO, to redouble our efforts and build a better, greener world."